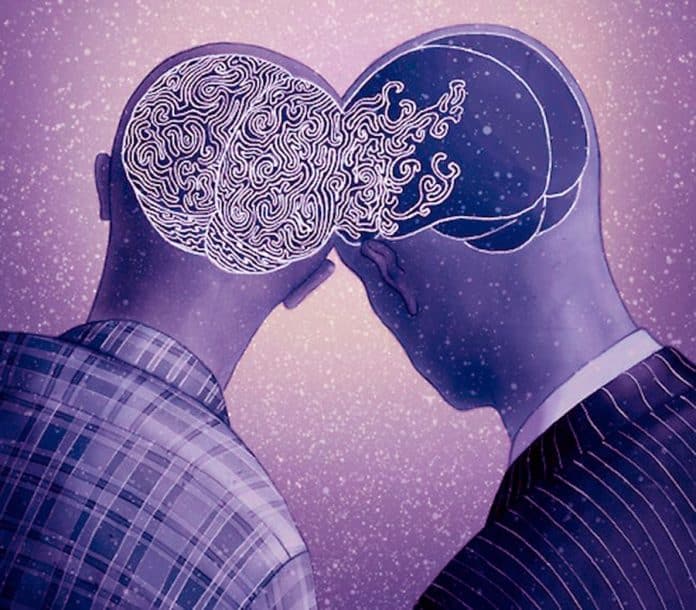 How to Develop an Evolutionary Relationship
It is critical to remember that this crisis we are facing is a crisis in which the sacred powers of love in the human soul are being diverted by distraction, by greed, by ignorance, by the pursuit of power, so that they never irrigate the world and transform it. What is needed is a vision of evolutionary relationship as a relationship that helps us come into the real, take responsibility for it, and enact our sacred purpose with a partner, and for the world: when two lovers come together in this dynamic love consciousness, they create a transformative field of sacred energy, from which both can feed to inspire their work in reality.

There are seven requirements necessary, I believe, for this tremendously potent vision of evolutionary love to emerge in the world.

Devotion to the Divine

The first requirement is that both beings need to be plunged individually into a deep and passionate devotion of the Beloved, by whatever name they know the Beloved, because without both beings centring their life in God, the relationship will never be able to escape the private circle.

The second requirement for an evolutionary love is that both beings must develop a mastery of solitude.

In his Letters to a Young Poet , Rilke wrote: Authentic love is where two solitudes border, protect, and salute each other.

They ‘border’ each other, they don’t infiltrate each other’s domain. They ‘protect’ because they realise that the solitude that each one has is the source of inner wealth and inner revelation; they ‘salute’ because they understand that the work of solitude, the work that goes into solitude, the heart work, the yearning, the longing, the deep contemplation of one’s gifts and one’s faults, is a sacred work that is the secret foundation of healthy relationship. In too many relationships in our current narcissistic model, what threatens the person most is the solitude of the other. In a true evolutionary relationship, what can exhilarate one person the most is the other’s solitude, because they know that solitude has the potential to make them a billionaire of generosity, of insight, and of creativity.

The third requirement is that in a true evolutionary relationship there is an equality of power, and that equality is born out of a profound experience of the sacredness and dignity of the other person’s soul.

This new relationship that is trying to be given to us by the Mother is what I call the beloved-beloved relationship. One person isn’t the beloved and the other only the lover. Both partners recognise in each other the unique face that the Divine is turning to them in order to bring them the essence of divine truth, which is embodied love. From that recognition of each other as the Beloved flows a natural movement of passionate honouring and service of the other’s life. This gives each person the freedom and the energy and the joy that they need to go out into the world and fulfil their destiny. This is crucial because in the past there has been a vision of inequality of power. Now what’s emerging is the mutual recognition of holiness and sacredness expressed in tantric rapture, in an adoration and worship of the other in the core of life.

The fourth requirement follows on from the third: if you are going to have a beloved-beloved relationship, you have to centre your whole being and work and evolution in God.

You have to be a master of your own solitude so that you can work on what is necessary to deepen that sacred relationship of the Divine. You must also bring the sacred practice of prayer and meditation into the very core of your life, so that the whole relationship can be enfolded in a mutually shared sacred enterprise.

Acceptance of the Shadow

The fifth requirement is that both lovers completely abandon any Hollywood sentimentality about what relationships actually are.

The sixth requirement is that if you are going to enter into the evolutionary process, you have to accept that it never ends. It never stops unfolding. Evolution is fundamentally a death/rebirth cycle that repeats itself in higher and higher dimensions, and any authentic evolutionary relationship must have the courage to go through the deaths that engender the rebirths.

Marion Woodman, the great Jungian analyst and pioneer of the sacred feminine, said to me:

I have had four marriages with my husband, and at the end of each marriage there was a crisis that we had to make the commitment to go through, a projection that had to die. But we stuck at it and we went through it, and the love that we know now in our eighties is the greatest and deepest love we have experienced.

You must engage consciously in this relationship to make you stronger, to serve the planet, to recognise that it is a relationship not only grounded in the Divine, not only infused by sacred practice, but it is from the very beginning dedicated to making both people more powerful, more reflective, more passionately engaged with the only serious truth of our time: The world is dying, and we need a major revolution of the heart to empower everyone to step forward and start doing the work of reconstruction and re-creation that is now desperately needed.

This article is an excerpt from the book: Evolutionary Love Relationships: Passion, Authenticity, and Activism by Andrew Harvey.