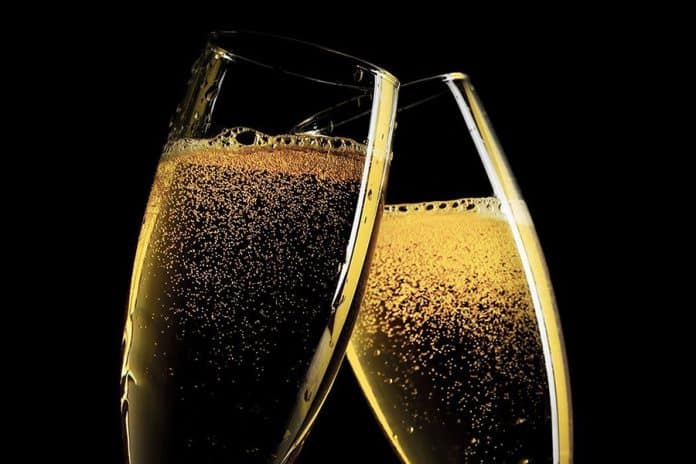 If you were looking for an excuse to drink more champagne, we have some good news for you. Now you don’t have to wait for New Year’s Eve or your anniversary to break out the bubbly, as a study from a respected university shows that drinking champagne can help to prevent Alzheimer’s disease and dementia. .

The study was carried out at Reading University, where researchers discovered that a compound found in the grapes used to make champagne, such as Pinot noir and Pinot meunier, can prevent the onset of Alzheimer’s and dementia.

The scientists believe that the spatial memory improvements noted after consuming champagne are brought about by smaller phenolic acids in the beverage such as gallic acid, tyrosol, caffeic acid, caftaric acid and protocatechuic acid.

In the study, 24 rats were divided into three groups. Eight of the rats were given champagne, eight received a different bubbly alcoholic drink, and the remaining eight were given a carbonated soft drink in their feed. Over the course of six weeks, the researchers kept track of the rats’ ability to work their way through a maze to find a treat. It turned out that the champagne drinkers performed significantly better on this task.

When their brains were examined with a microscope, the champagne drinkers had higher amounts of the proteins that stimulate nerve-cell network formation involved in learning and memory. They had heightened amounts of dystrophin in the hippocampus regions of their brains, which is believed to protect against the loss of spatial memory and reasoning. Many of these compounds become depleted as people age, which decreases the efficiency of memory storage and leads to poorer memory.

The University of Reading Department of Food and Nutritional Sciences Professor Jeremy Spencer said: “These exciting results illustrate for the first time that the moderate consumption of champagne has the potential to influence cognitive functioning, such as memory.”

It might be tempting to discard these results because the study was carried out on rats and not humans, but it’s important to keep in mind that lab rats are often used as models for human disease, so it’s reasonable to believe a similar effect could be noted in humans. The researchers are hoping to carry out a similar study on humans in the future.

Previous studies from the same university found that drinking two glasses of champagne per day could help your heart and circulation, and even decrease the risk of stroke and cardiovascular disease.

Another recent study showed that the resveratrol in red wine can help prevent age-related memory declines. The study, which comes out of the Texas A&M Health Science Center College of Medicine, points to the positive effects of red wine’s resveratrol on the hippocampus.

While no one in their right mind would advocate drinking excessive amounts of alcohol just for the health benefits, these studies do show that moderate consumption can affect your health in some very positive ways. If you want the benefits, but you’re not a drinker, you can also get phenolic acid from organic fruits such as berries, apples, mangoes and citrus fruits.

Drinking champagne is also often a part of celebration and relaxation for many people, and the benefits of enjoying life and de-stressing are also tremendous. Whether you’re clinking glasses with a hall full of guests at a wedding while reminiscing over good times gone by, or pouring yourself a glass of bubbly to drink in the bathtub while your essential oil diffuser fills the room with the relaxing scent of lavender, now you can enjoy a glass of champagne without the guilt, and know that you just could be helping your brain!