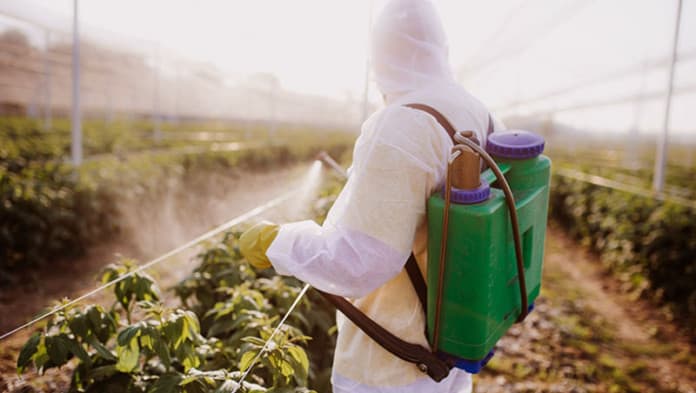 Every year, the Environmental Working Group (EWG) analyses the most recent USDA data to compile its infamous Dirty Dozen and Clean 15 lists. These list the types of fruits and vegetables that tend to be grown with the most and least pesticides, based on the latest available numbers.

Before we reveal the results, don’t take them as a sign that you should be avoiding any fruit or vegetables altogether – even the ones considered “dirty.” Given research like this study out of the Illinois Institute of Technology, Chicago, which found that after seeing pesticide messaging, low-income shoppers were less likely to purchase any fruits or vegetables, it’s important to point out that eating a non-organic strawberry is still by and large a healthier choice than eating, say, a strawberry-flavoured gummy bear.

Filling your plate with a variety of fresh fruits and veggies will always be a cornerstone of good nutrition—and it’s especially essential in the throes of COVID-19.

So, you can think of these lists more as resources to help guide your produce purchasing habits. If you only have a certain amount of money to spend, the Dirty Dozen and Clean 15 can steer you toward the produce you should prioritise buying from a health perspective.

With that out of the way, here’s the updated list:

To come up with this year’s list, the EWG parsed through USDA data on 46,075 samples of 46 of the most popular fruit and vege. The USDA washed and peeled them as one would do at home before testing them for pesticides.

This means that the list indicates which crops tend to be treated with the highest volume and variety of pesticides. However the list doesn’t go so far as to definitively say which ones are the most risky from a human health perspective, an important thing to consider.
1. Strawberries
2. Spinach
3. Kale, collard, and mustard greens
4. Nectarines
5. Apples
6. Grapes
7. Cherries
8. Peaches
9. Pears
10. Bell and hot peppers
11. Celery
12. Tomatoes

The USDA found 115 types of pesticides on peppers in this most recent testing round, including acephate and chlorpyrifos, which are potentially harmful in high doses.

As is the case every year, you’ll notice that most of 2021’s “cleanest” produce has a tough outer peel, husk, or shell that is removed prior to eating, negating some of the pesticide risks:
1. Avocadoes
2. Sweet corn
3. Pineapple
4. Onions
5. Papaya
6. Sweet peas (frozen)
7. Eggplant
8. Asparagus
9. Broccoli
10. Cabbage
11. Kiwifruit
12. Cauliflower
13. Mushrooms
14. Honeydew melon
15. Cantaloupes

*For more information, please visit the below website.
www.mindbodygreen.com