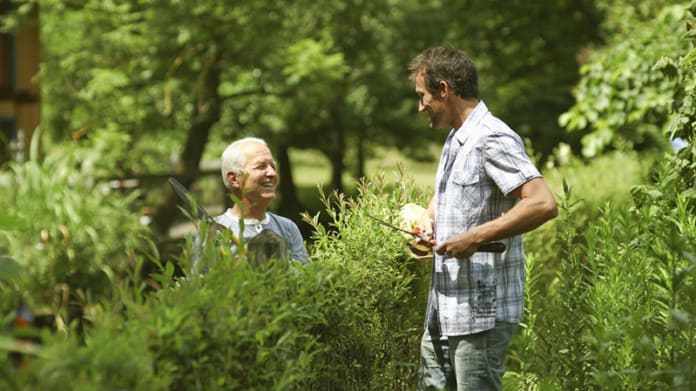 Results from the recently released 2021 World Happiness Report (which might seem like a misnomer given all the anxiety, grief, and general unhappiness that we experienced last year) … tells a surprising story, one of “almost astonishing resilience,” according to the report.

Yes, we experienced more sadness, worry, and stress in 2020 than in previous years. However, on average, there was no change in our positive feelings, or our satisfaction with life. While lockdowns, uncertainty, and loss hit our mental health hard, there’s evidence to suggest that many people recovered.

The secret ingredient? Our trust in each other seems to have been crucial in weathering this crisis, both as individuals and as societies.

The World Happiness Report ranks the happiest countries based on a simple question: on a scale of 0-10, with the best possible life for you as 10 and the worst one as 0, where do you stand?

As in years past, the Scandinavian countries ranked as the happiest in the world, with Finland, Iceland, Denmark, and Switzerland at the top in 2020. As economist Baron Richard Layard of the London School of Economics explains:

We should learn from the Scandinavian countries, which are uniformly happier than, for example, the U.K. or the United States. There are important lessons to be learned: You don’t have to turn your back on economics, but it’s not the be-all end-all. Human relationships are extremely important and need to be given a great deal of attention – we shouldn’t sacrifice them in the name of economic efficiency. Neither should we sacrifice human relationships at work, give up our work-life balance, or drive our children crazy at their high schools.

When researchers drilled down to look at surveys conducted over the course of 2020, some hopeful patterns emerged.

Around the beginning of lockdowns, when many of the first studies were done, the shock to our mental health was clear. We felt anxious, depressed, traumatised, and lonely. But studies that followed people over the pursuant months began to look more positive.

One U.K. study identified several different trajectories that people followed. Nearly 23% had poor mental health in April and September, continuing to struggle as the pandemic dragged on. These were more likely to be young people, women over 65, and people who lost work during the year. Another 21% struggled in April but improved significantly by September. And over 40% of people were able to cope with the pandemic relatively well at both times.

Similarly, a study in the United States saw overall improvements in people’s anxiety, depression, and stress across the middle of 2020. After peaking near the beginning of April, mental health problems gradually lessened over time before stabilising around July.

At an even more granular level, our emotions seem to shift day-by-day based on what’s happening in our local area.

What makes us this resilient, even if it feels like we’re not?

Across the world, people tend to believe their lives are going better when they have money, health, and someone to count on, and when they’re generous to others.

These factors still mattered in 2020, but the pandemic seemed to shift their importance slightly. While income became less important to happiness, for example, being generous became more important.

We need trust in a crisis

In fact, the authors write, one of the reasons why we showed so much resilience may have been the trust that many people have in their communities.

To gauge that trust, researchers ask people around the world whether they believe their lost wallet would be returned by a neighbour, stranger, or police officer. Answering yes to that question seems to be vital to wellbeing – even more so than being employed or having high income.

This year, our sense of trust was deepened when we saw the young helping the old, people coming together online for support, and others creating care packages for health care workers. The authors write:

The pandemic has provided many chances to see the kindness of others. If seeing these kindnesses has been a pleasant surprise, then the resulting increase in perceived benevolence will help to offset the more widely recognised costs of uncertain income and employment, health risks, and disrupted social lives.

If this all sounds like too rosy a picture, it might be. Forced to conduct phone surveys, the World Happiness Report may not have reached the populations hit hardest by the pandemic – those in nursing homes and prisons; the homeless; the burned-out, working, home-schooling parents who have no time for a telephone call. And while we showed resilience as a globe, it was uneven. In many ways, the pandemic seems to have exacerbated existing inequalities in people’s health and well-being. And it’s not over yet.

Among its many disruptions to our lives, COVID has brought the topic of mental health to the fore. “Mental health has quickly risen high on policymakers’ and researchers’ agenda,” the report authors observe. Going forward, mental health will continue to be an important part of the conversations in our families, our communities, and our governments.