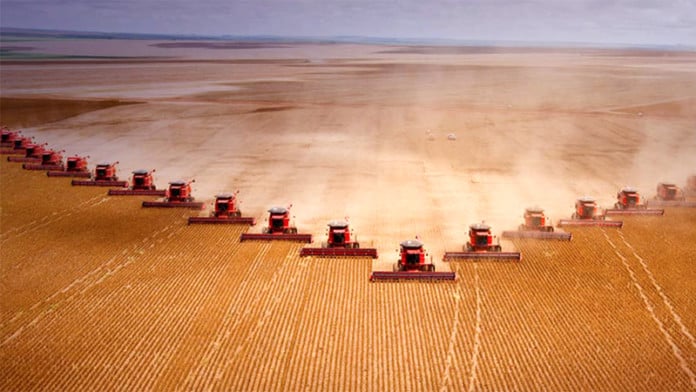 When you hear the word ‘malnourished,’ you likely think of hunger – suffering from a lack of calories or nutrients. However, as award-winning food journalist Mark Bittman says, malnutrition isn’t only about the quantity of calories: It’s about the quality as well.

In fact, he says billions of people suffer from what he calls “the other kind of malnutrition,” where “people are getting too many of the wrong calories and not enough nutrients.” It affects more people than you think, but here’s what you can do about it.

Why Food Isn’t As Nourishing

We don’t need to tell you that highly processed food is at an all-time high in the U.S. To which many people say: Make the right choices, and just don’t eat the junk! “But there’s a limited amount of right choice to be made,” says Bittman.

He says most of the farmland is used to produce corn and soybeans since it’s so profitable (nearly all processed foods are made from either corn or soy, and both are pretty easy to grow).

Since those big farms dominate such a large chunk of land, there’s not a lot of room left to grow other nutrient-dense crops.

“Say 60% of the calories in our food system are junk food calories,” says Bittman (meaning, produced from corn or soy). “They’re calories that don’t nourish you.” Once the lesser 40% of healthy food is gone, someone has to eat that remaining 60%. “So you may not eat 60% of your calories from junk food, but to the extent that you eat less, it means someone else is eating more,” Bittman notes.

And even if you do manage to eat that 40% of healthy produce, Bittman says the veggies aren’t even as healthy as they could be.

Because of monoculture (or growing one crop at a time versus many), the soil is stripped of its nutrients and injected with fertiliser that will work for that particular crop.

“That’s not real farming,” says Bittman. “That’s some kind of techno-creation that’s going to turn into techno-food, which is basically junk food.”

So What Can We Do About It?

It’s a complex, loaded topic that doesn’t have an overnight solution. But on a top-down level, says Bittman, here’s what needs to happen:

In terms of what that actually looks like, it will take more than a few years to put into practice. However, says Bittman, there are few ways we can jump-start the process:

1. Learn From Other Countries

“No country has it all together,” Bittman notes, but we can learn from their public health initiatives and food regulations. For example, “Chile has the best labelling laws on the planet,” says Bittman, where processed food is marked with red, yellow, green, or black labels. “The black label means your food can’t be advertised to children.”

On the other hand, Bittman notes that Mexico has a very advanced national tax on soda and junk food.

2. Teach Children About Where Their Food Comes From

Bittman explains that in Japan, food is discussed and taught to kids at an early age – they serve themselves, they clean up after themselves, and they learn how their food was made. This helps children grow up valuing their food and where it comes from, which can help optimise their eating habits in the long run.

“If you want a generation of healthy 40-year-olds, you have to start with a generation of 4-year-olds who are learning about food,” Bittman adds – “What food really is, how it’s raised, what makes it real and good.”

As of now, kids largely regard food as a transactional process (you hand someone your credit card or wad of cash, and they’ll hand you a sandwich).

We must bring food into the classroom and show them what real food means so that they care about where their food comes from when they grow up.

3. Recognise That Food Is A Political Issue

Food is deeply intertwined with so many complex problems—racism, inequality, and climate change, to name a few. It will ultimately take government intervention to make lasting change, so Bittman recommends finding and supporting the people who articulate clear initiatives. “A little bit of regulation on junk food, a little bit of regulation on CAFOs (concentrated animal feeding operations), maybe some progress on getting land into the hands of good farmers,” he mentions. Baby steps, but we have to start somewhere.

Food might not be as nourishing as you think—even if you only purchase organic goods from farmers markets, the majority of our country is “malnourished,” as Bittman would say. And in order for you to fully thrive, the world at large needs to function optimally—only then can we reach true well-being.