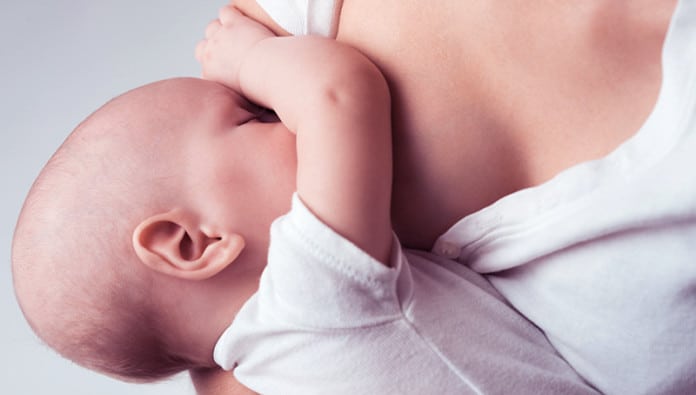 New research finds that children who were breastfed scored higher on neurocognitive tests. Researchers in the Del Monte Institute for Neuroscience at the University of Rochester Medical Center (URMC) analysed thousands of cognitive tests taken by nine and ten-year-olds whose mothers reported they were breastfed, and compared those results to scores of children who were not.

“Our findings suggest that any amount of breastfeeding has a positive cognitive impact, even after just a few months,” says
Daniel Adan Lopez, Ph.D. who is first author on the study recently published in the journal Frontiers in Public Health. “That’s what’s exciting about these results, and hopefully from a policy standpoint, this can help improve the motivation to breastfeed.”

There’s already established research showing the numerous benefits breastfeeding has for both mother and child, but this study’s findings are important for families particularly before and soon after birth when breastfeeding decisions are made. “We hope the results of our study may encourage breastfeeding goals of one year or more, and it also highlights the critical importance of continued work to provide equity-focused access to breastfeeding support, prenatal education, and practices to eliminate structural barriers to breastfeeding,” says Hayley Martin, Ph.D., a fourth year medical student in the Medical Scientist Training Program and co-author of the study.

Researchers reviewed the test results of more than 9,000 nine and ten-year-old participants in the Adolescent Brain Cognitive Development (ABCD) study. Variations were found in the cumulative cognitive test scores of breastfed and non-breastfed children. There was also evidence that the longer a child was breastfed, the higher they scored.

“The strongest association was in children who were breastfed more than 12 months,” said Lopez. “The scores of children breastfed until they were seven to 12 months were slightly less, and then the one to six month-old scores dips a little more.
But all scores were higher when compared to children who didn’t breastfeed at all.”

“This supports the foundation of work already being done around lactation and breastfeeding and its impact on a child’s health,” said Ed Freedman, Ph.D., the principal investigator of the ABCD study in Rochester and lead author of the study.