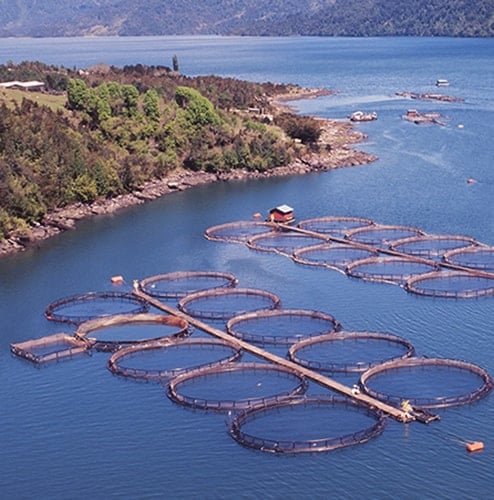 Scientists believe expanding marine aquaculture (or mariculture) will be a vital step in feeding the billions of extra people expected to populate the globe by the end of the century.

Reniel Cabral, a Senior Lecturer in Fisheries at JCU, is the co-author of a new study published in the journal Nature. He said the ocean’s ability to supply food in the future will be challenged by the expected increase in seafood demand.

“The human population is expected to increase by three billion by the end of the century, with a rise in affluence and demand for meat. Climate change will further challenge the ability of the ocean to provide food,” said Dr Cabral.
He said fixing overfishing and transforming wild fisheries management to account for climate change will be necessary – but won’t in itself be sufficient to feed the extra people.

“But cultivating finfish and shellfish may just be the answer to this looming food security challenge. Our study suggests that by reforming fisheries and expanding sustainable mariculture, current per capita seafood production can be maintained or increased up to the end of the century, except under the most severe climate change scenario,” said Dr Cabral

He said fisheries in tropical countries will be disproportionately negatively impacted by ocean warming and acidification.

“Supporting mariculture in these countries would mean addressing several of the bottlenecks from governance, ensuring equitable access, conflicting ocean uses, and infrastructure challenges such as developing fish cages that can withstand typhoons,” said Dr Cabral.

Christopher Free, a researcher at the University of California Santa Barbara and lead author of the study, said that “besides fixing overfishing and supporting innovations in mariculture, it’s essential to aggressively cut down greenhouse gas emissions to reduce inequities, increase fisheries and mariculture reform efficacy, and mitigate risks unaccounted for in our analysis.”

The scientists said potential environmental threats from mariculture can be minimised by proper planning and siting.

“The small space requirement for mariculture (<1% of the global ocean area) leaves ample room for careful planning to minimise environmental impacts and conflicts with other ocean uses,” said Steven Gaines, Dean and Professor based at the University of California Santa Barbara and a co-author of the study.

Dr Cabral said for mariculture to truly benefit people and contribute to Sustainable Development Goals, it must benefit developing countries.

“Investments in mariculture innovation in developing tropical countries is a priority and JCU, being strategically located in the tropics and at the forefront of innovation in aquaculture, will play a key role.”