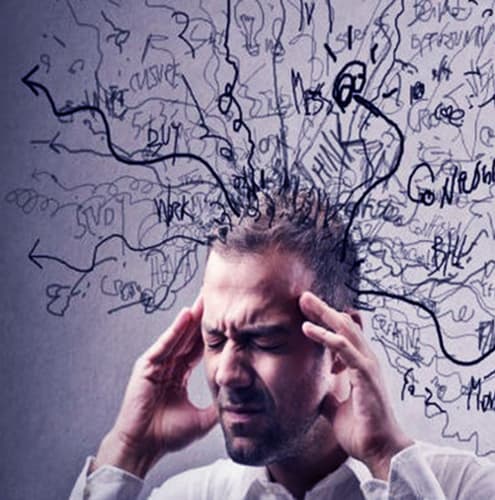 For most of us, policing unwanted thoughts isn’t easy – but a new study outlines an approach that any of us could use in order to limit the number of thoughts that drop into our minds without an invitation.

Think of it along the lines of the classic ‘white bear problem’. If someone tells you not to think of a polar bear, well, you’re going to end up thinking about the polar bear.

Reactive control means you’ll try and distract yourself from thinking about the polar bear whenever it pops into your mind. It has been suggested, however, that our brains can potentially stop a thought from reaching our conscious mind before we need to distract ourselves from it, by using proactive control.

How, and even if, our brains engage in proactive control is decidedly unclear and difficult to investigate. The researchers of the new study decided to simplify the process by focusing on word associations.

Through a word association task, the researchers found that most people rely on reactive control – but the data also revealed that it is possible to weaken connections to certain thoughts if we put our minds to it.

“This type of reactive control can be particularly problematic,” say the researchers. “As our findings suggest, thoughts are self-reinforcing: thinking a thought increases its memory strength and the probability that it will recur.”

“In other words, every time we have to reactively reject an unwanted association, it has the potential to become even stronger. Critically, however, the researchers also found that people can partially pre-empt this process if they want to ensure that this thought comes to mind as little as possible.”

The researchers asked 80 volunteers to come up with new associations to 60 common words as they were displayed one-by-one on a screen. (Only 40 of the volunteers’ data were ultimately used in the study.) Each words was randomly presented five times.

The participants were split into two groups: in one, they were told ahead of time they wouldn’t be paid a monetary reward if they repeated any associations, while the other got no such instruction.

In the case of the first group, an initial association – ‘table’ joined with ‘chair’, for example – ends up becoming an unwanted thought. The participant needed to input a new association with ‘table’ the next time it appeared, even if ‘chair’ was their go-to thought.

By using a computational model to analyse reaction times and responses, the researchers concluded that the volunteers who were trying to avoid repetition were mostly thinking of previously used words and then rejecting them – so they were using reactive control.

However, digging deeper, the differences between the two groups indicated that the people in the group trying not to repeat the same words were having some success at doing so – a sort of proactive control. These participants didn’t get trapped in a loop of repeating the same words again and again.

“Although people could not avoid unwanted thoughts, they could ensure that thinking an unwanted thought does not increase the probability of it coming to mind again,” says psychologist Isaac Fradkin from the Hebrew University of Jerusalem in Israel.

Repeated words in this experiment can be interpreted as repeated thoughts more generally. Take painful memories of a relationship break-up, for example: It’s possible that we might be able to proactively train ourselves to at least stop these thoughts from getting stronger and more intractable every time they come back.

Unfortunately, the current study doesn’t give any sort of hint about how to train our brains to switch from reactive to proactive thought control – the data only suggests that it is possible, to a limited extent, when we intentionally do so.

While the researchers stuck to neutral word associations here, rather than unwanted thoughts that are distressing or linked to any kind of mental health issue, that’s the sort of direction that follow-up research could go in – perhaps offering ideas for various therapeutic approaches in the future.

“Whereas the current study focused on neutral associations, future studies should determine whether our findings generalise to negative and personally relevant unwanted thoughts,” says Fradkin.

The research has been published in Computational Biology.