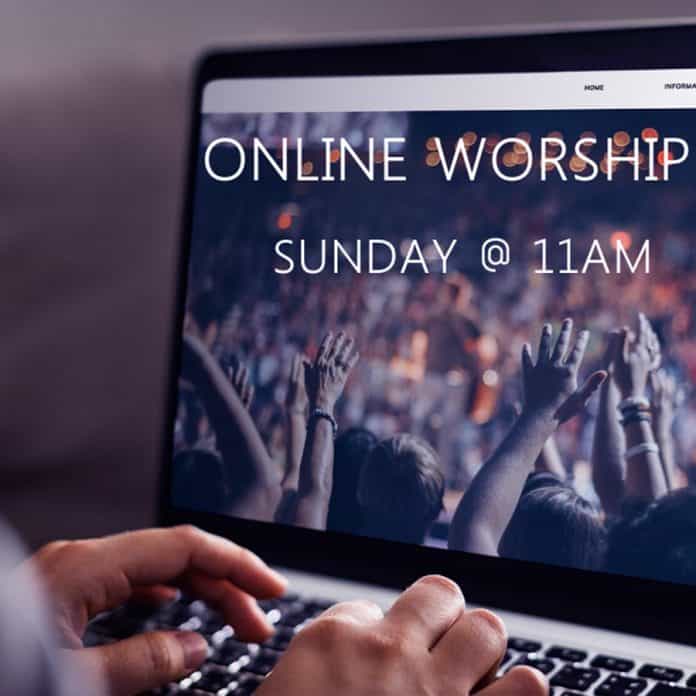 COVID-19 has closed churches, mosques and temples across the world, but it’s certainly not stopped people from seeking succour in ritual, prayer and meditation. In fact, they may be praying more.

Google searches for prayer as a share of total searches surged in March 2020, when COVID-19 went global, according to Jeanet Sinding Bentzen, an Asssociate Professor of Economics at the University of Copenhagen.

“The results can be understood as religious coping,” Bentzen wrote in a working paper. “We pray to cope with adversity.”

Using data from internet searches for the topic of prayer, including terms such as God, Allah and Muhammad, she found that search intensity doubled for every 80,000 new cases of COVID-19 infection. Her draft paper, entitled “In Crisis, We Pray: Religiosity and the COVID-19 Pandemic,” was posted online on March 30 and focuses mostly on Christians and Muslims.

People are not just praying more these days; more people overall may be praying.

More than half of American adults say they have prayed for an end to the spread of the coronavirus, according to the Pew Research Centre, in a survey of 11,537 adults conducted March 19-24.

Indeed, in some countries, religious leaders—despite being physically separated from followers—are becoming even more central to private life. That’s especially since at the beginning of the pandemic, clusters of infections emerged from mass religious gatherings.

In Indonesia, influential national religious leaders have been key in giving directives that dovetail with public health needs. This includes telling people to avoid congregating in mosques, to pray at home, to perform their obligatory charity donations—or zakat—online and to avoid traveling back to their hometowns for Eid al-Fitr, the big celebration at the end of Ramadan.

Following their direction, many mosques have changed the azan—or call to prayer—from “hayya ‘alasshalah” (come and pray) to “shollu fi rihaalikum” (pray at your home).

“Indonesia has always been a very religious nation and may have become even more so in the past weeks,” said Bernadette Duisters, a senior planner in Wunderman Thompson Jakarta. “Religious institutions play an important role in shaping opinion and knowledge about the pandemic.”

In America, four in ten regular worshippers have replaced going to houses of worship with watching religious services online or on TV, the Pew survey found.

This year, the Vatican’s YouTube channel livestreamed Easter Sunday service to the world from an empty St. Peter’s Basilica.

The leader of the Church of England, the archbishop of Canterbury, Justin Welby, gave a digital service from his kitchen in London, a crockery cabinet as his backdrop.

At Pray.com, which publishes and streams religious content, “business has been booming,” co-founder Steve Gatena told the Los Angeles Business Journal. “We’ve seen a massive increase in installs, trial starts and listening minutes across the board.”

The most popular content these days is meditative prayers and children’s stories, “specifically around fighting anxiety, parenting and morning gratitude,” he said.

Gatena told the Los Angeles Business Journal his company made record sales in March and revenue is expected to grow 25% in April, as Pray.com surpasses more than one million total monthly active users.

The pandemic has forced religious institutions to beef up their online presence. While most people are likely to return to in-person services when it’s safe to do so again, some functions—such as donations, or prayer requests, may well stay digital.

A study of Americans last year found that while secularism was rising, many still feel a connection to spirituality, Vox reported.

That sense of spirituality can manifest outside organised religion, and that’s been the case in this pandemic.

In an article for the Mayo Clinic website, Chaplain William Creech in Minnesota urges readers to build a spiritual life by doing things that bring fulfilment, joy and peace, rather than just activities that fill lockdown time.

Look for small acts that can brighten the lives of others, he writes, such as donating to a shelter or playing a game or music remotely with neighbours.

Earlier work by Bentzen documented how earthquakes, volcano eruptions and tsunamis prompt people to turn to religion, and how the impact can stretch to the next generation.

The pandemic is providing millions with lots of time to look inward—and upward—in ways that may well last.