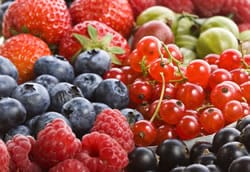 Dementia and other neurological disorders such as Alzheimer’s and Parkinson’s disease have become increasingly worrisome over the past few decades for many of us. This is especially the case among those of us in industrialiSed countries – those regions that maintain the ‘perfect storm’ of rampant toxic pollutants and the Western diet.

Increasingly, research is finding that instead of dementia-related diseases being the result of just bad luck or genetics – as many will have it – what we do and in particular, what we eat, will affect our risk of Alzheimer’s and other dementias dramatically.

In other words, what we put into our mouths – combined with what pollutants we are exposed to – relate directly to the health of our brains later in life.

A team of international researchers, which included scientists from the U.S. National Institutes of Health, Washington State University, India’s Annamalai University and Oman’s Sultan Qaboos University College of Medicine and Health Sciences, investigated the evidence relating berries and Alzheimer’s disease and other forms of dementia.

They found all the berries, in fact, significantly reduced the risk of various forms of dementia.

They found that bilberries and their anthocyanin, flavonol, lutein and zeaxanthin content provides antioxidant protection against damage to arteries and neurons.

They found clear evidence that blackcurrants, with their high content of polyphenols, provide protection against the formation of the beta-amyloid fibrils that have been found in the brains of dementia-ridden folks.

They also found that blackberries provide polyphenols together with other antioxidants that reduce oxidation and increase glutathione levels, helping detox the blood and liver.

And blueberries’ flavanols, anthocyanins and cinnamate content were found to be associated with increased memory and learning, as well as reduced radical oxidation species that harm brain cells.

Fruit in the diet reduces dementia

The researchers found that the incidence of Alzheimer’s, vascular dementia and other forms of dementia was increased over five times (that’s over 500%) among those who lacked fruit in their diets.

This was evidenced by a large review from researchers from the Mayo Clinic in Rochester, New York. The scientists conducted a large systematic meta-study on the evidence.

They found five studies that met their strict quality criteria. These five studies were from France, Australia and the U.S. Combined they included 7,537 human subjects, who ranged from 62 years old to 80 years old. The test subjects were followed for between two and eight years among the studies.

The results of the meta-analysis was that those whose diets more correlated with the Mediterranean diet – meaning more plant-based foods and healthy fats – had a 33% reduced risk of Alzheimer’s disease.

While certain fats are an essential element – because saturated fats are more easily oxidised and thus add to ones oxidative stress potential – the higher levels of antioxidants provided by the increased amount of fruit and veggies was also optimal. This was underscored in the discussion portion of the Mayo Clinic researchers’ paper:

“A higher adherence to Mediterranean diet has been shown to be associated with a low level of C-reactive protein and lower interleukin levels. Therefore a possible underlying mechanism for the neuro-protective effects of the Mediterranean diet could be due to its vascular properties and its ability to reduce inflammation and oxidative stress which are also associated with the pathophysiology of the degenerative disease.”

Indeed, the Mediterranean diet and in general, diets higher in fruit and vegetables have been found to reduce inflammation and oxidative stress particularly because they contain more antioxidants: These foods neutralise the oxidation that takes place among the body’s fats and toxins – becoming what are called reactive oxidative species or ROS as mentioned.

And as a considerable amount of dementia research has illustrated, the oxidative stress caused by reactive oxidative species is directly related to the neuron damage and amyloid fibrils associated with Alzheimer’s disease.

Back to the berries

This returns us to our berry discussion because guess what: Berries contain some of the highest levels of antioxidants among foods. And antioxidants are called “antioxidant” because they specifically neutralise reactive oxidative species.

For example, according to research from USDA Agricultural Research Service scientists, berries hold six of the positions among the top twelve common foods in the U.S. in terms of their antioxidant potential.

This means that if our diet includes good portions of berries every day, we will be guaranteed to have some of the highest levels of antioxidants available.