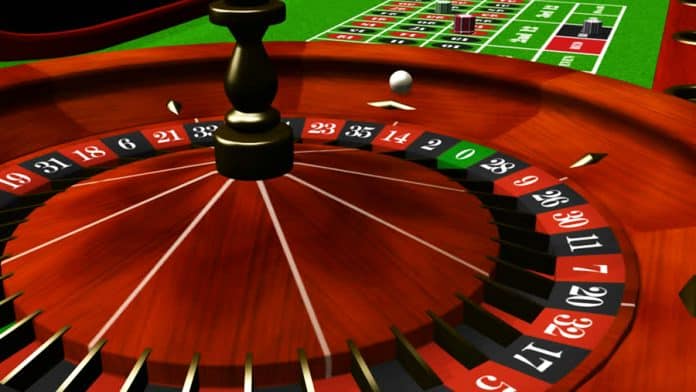 In case you hadn’t noticed, as a society, we are now dying slowly (mostly uncomfortably and painfully) from chronic inflammatory and metabolic diseases, not fast from acute infections as our ancestors used to. Interestingly nothing much has changed in 40 years as far as genes and environmental triggers go, yet acute chronic disease rates continue to rise. Would it surprise you to know that we’re not born with the destiny to develop chronic inflammatory diseases (CIDs)? The stark fact is that our current health crisis is not down to genetic changes or pathogens (infections), it’s down to something we are doing to ourselves and the planet.

I’ve just had the extreme pleasure of sitting in three days of back-to-back presentations on all aspects of autoimmune disease (AID) at the Institute for Functional Medicine’s 2018 Annual International Conference. I know this might not seem like everyone’s idea of a good time, but we practitioners are a strange lot! The conference focused on the interplay of the gut, genes and the environment in an attempt to stitch together the ‘puzzle of autoimmunity’. Given that more than 100 autoimmune diseases have been identified, there was a lot of ground to cover. Yet, despite multiple diseases and multiple symptoms the causes and treatment approaches are often much the same.

Among the most important, known stimulators of autoimmune and chronic inflammatory diseases are gluten (the protein in wheat, barley, rye, spelt and triticale) and gut dysbiosis, aka unhappy gut bugs! Add obesity into the mix and you have the components in place for the perfect autoimmune storm.

This is a subject close to my heart as I developed Graves’ disease (an autoimmune disease) at the age of 17. Back then no one knew anything about the connection between gluten and autoimmune thyroid disease, so I underwent two years of extreme drug therapy. It didn’t work, and culminated in surgical removal of my entire thyroid gland (full thyroidectomy) at the age of 20. My passion for what I do in the natural health space was spawned the day I walked away from the surgeon’s office – young, vulnerable and still sick, but out of medical options. They washed their hands of me, job done.

It took me 25 years to find what worked, but only 3 months to regain my health.

No one has to suffer the same fate now we know how to prevent and treat gluten-related autoimmune disease.

Autoimmune – should I be concerned?

At the broadest level, autoimmune diseases involve dysfunction of the immune system, but they can be located in any part of the body and can affect many other body systems too. Some well-known autoimmune diseases are Type 1 diabetes, Hashimoto’s and Graves’ thyroiditis, lupus erythematosus, ankylosing spondylitis, multiple sclerosis and rheumatoid arthritis. But coeliac disease is also an autoimmune condition, as are Crohn’s and inflammatory bowel diseases.

The fact that they are autoimmune in nature means that they are both preventable and in many cases, if found early enough, fully curable.

That latter statement being the most contentious for the mainstream, but functional and integrative medicine practitioners have being doing just that for decades purely by eradicating the triggers and getting the immune system to ‘stand down’ and sheath the weaponry.

That’s all very well for sick people, but should symptom-free individuals take notice?

Here’s the really important bit. In the past three years, researchers have learned that the switch from a genetic predisposition to an autoimmune disease (or CID) is about the cross-talk between our microbiome and our genes. It’s what’s known as epigenetic pressure.

What that means is that no one is immune to autoimmune disease and it can strike at any time in life.

Whilst some might have more genetic predisposition than others – and this can now be tested for – what you eat, how you live your life, how much stress you undergo, how you move, sleep and relax, all matter.

And they matter because the bottleneck for any change to disease – the transducer of all environmental factors – is the gut microbiome.

Our intestine is the largest organ in our body that interfaces with the environment multiple times a day. Therefore, our gut mucosa (the lining of the gut) plays a huge role in immunity and our general health. Sensor cells in the mucosa differentiate friends from foe with everything we eat and drink. If they sense foe, they then communicate that we are at war and issue the command ‘prepare to fight’.

Dr Alessio Fasano, world-renowned gluten researcher and the founder of the Center for Celiac Research presented the keynote opening for the conference. Being a passionate Italian, it’s no surprise he used Roman centurion analogies to make sure his points hit home! Fasano imaged the gut like a medieval city surrounded by a wall with its own army. Lookouts in the wall (epithelial cells) sense danger, sample the danger and send out the call to arms. The immunoglobulins, soldiers of the gut’s immune system arm themselves and produce weapons that can then be sent into the intestine – where the fight is still taking place ‘outside’ of our body. This is where it is meant to take place, but it can’t do this if the gut has been forced open (made permeable) by the consumption of gluten-containing foods – later referred to as ‘sticky bun syndrome’ by another speaker at the conference, Bob Rountree MD.

Fasano cautioned us, using his most referenced statement attributed to his 2014 book Gluten Freedom, saying,
“The gut is not like Las Vegas. What happens in the gut does not stay in the gut”!

Going back to our medieval city metaphor … Imagine the gut with a series of drawbridges that remain closed most of the time, but when there is a need to communicate with the internal landscape i.e. when the body’s immune system is needed, the drawbridges can be lowered to allow access in and out. These ‘drawbridges’ are the tight junctions and are like the ‘dark horse’ in many diseases, ranging from acute injury to chronic inflammation to autoimmune diseases.

Zonulin is the protein (discovered in 2009 by Fasano and his team) that our bodies make and use to regulate intestinal permeability through the opening and closing of the tight junctions.

The reason why eating gluten-containing foods is akin to playing Russian Roulette is because gluten mimics the effect of zonulin and forces your drawbridges down.

This is why most AIDs start in the gut, but then relocate and attack different tissues in the body – depending on your genetic predisposition. If you’ve been primed by an ‘enemy’ in the gut, then those immune cells can become time bombs too, to be triggered at any time in the future.

We shouldn’t ignore the breadcrumb trail our body leaves us. We now know the mechanism behind gluten causing gut permeability, but Fasano’s research has uncovered something far more sinister. The same gene that makes zonulin is located on chromosome 16, and chromosome 16 has links to major diseases like autoimmune diseases, cancer, neurological diseases, metabolic disorders and infections.

If we play our genetic cards wrong we are hugely susceptible to developing disease, but a lifetime of dietary and lifestyle choices is also very important as you can tip over the disease precipice at any time. The overriding message of this conference: No one is immune to autoimmune disease.

Step away from the sticky buns!

Food can influence our entire destiny because of its effect on the microbiome. What we eat is what they eat. Therefore, food is the easiest, safest and most available medicine for all of us.

Our human genome and our microbiome are talking all the time. Removing gluten from your diet and taking better care of your gut bugs are two giant leaps you can take right now, today, away from the potential edge of the autoimmune cliff.

“We are whatever we are because of our choices. Be happy, walk a lot, be well and don’t take yourself too seriously.” ~ Alessio Fasano MD `

*For further information and references please visit below website.