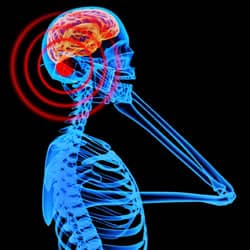 A shocking new report by the BioInitiative Working Group 2012 says that evidence for risks to health from wireless technologies (radiofrequency radiation) and electromagnetic fields (EMFs) has substantially increased since 2007. Cell phone users, parents-to-be, young children and pregnant women are said to be at particular risk.

How credible is the report?

The Report is the work of 29 independent scientists and health experts from 10 countries. The independent research group Powerwatch says of the Reports contributors “they hold 10 medical degrees (MDs), 21 PhDs, and three MSc, MA or MPHs. Among the authors are three former presidents of the Bioelectromagnetics Society, and five full members of BEMS. One distinguished author is the Chair of the Russian National Committee on Non-Ionizing Radiation. Another is a Senior Advisor to the European Environmental Agency.” But this 2012 report is merely an update on the work done in 2007.

The 2012 report is an update. Over twenty-one chapters the 2012 report assesses 1800 new research papers (from 2006 to 2011) regarding risks from wireless technologies and electromagnetic fields.

What does the 2012 BioInitiative Report tell us?

One of the most worrying areas for concern is the link between cell phone radiation and brain tumours. Lennart Hardell, MD at Orebro University, Sweden, one of the Reports, authors explains “there is a consistent pattern of increased risk for glioma (a malignant brain tumor) and acoustic neuroma with use of mobile and cordless phones” he goes on to say “the existing FCC [Federal Communications Commission] /IEE [Institution of Electrical Engineering] and ICNIRP [Commission on Non-Ionizing Radiation Protection] public safety limits and reference levels are not adequate to protect public health.”

Another of the Reports contributors Martha Herbert, MD, PhD Assistant Professor of Neurology at Harvard Medical School comments ” While we aggressively investigate the links between autism disorders and wireless technologies, we should minimize wireless and EMF exposures for people with autism disorders, children of all ages, people planning a baby, and during pregnancy.”

Are EMFs really as dangerous as the BioInitiative Working Group claims?

This report comes hard on the heels of the World Health Organization (WHO) classification of radiofrequency electromagnetic fields as a Group 2B possible carcinogenic. This ruling was based on a perceived increased risk for glioma associated with cell phone use.

According to David O. Carpenter, MD co-editor of the 2012 Report “there is now much more evidence of risks to health affecting billions of people world-wide. The status quo is not acceptable in light of the evidence for harm.”

The message of the report is clear. In the absence of adequate safety standards for protection against EMFs and wireless exposures people need to be pro-active and act now to protect themselves from these dangers.