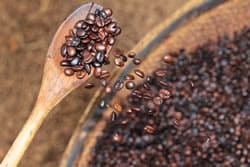 If you’re a fan of coffee, this article will give you yet another reason to pour yourself a second cup. If coffee’s not your thing, you may want to reconsider it for the sake of your good health.

Analyses of studies in which the coffee-drinking habits of people in both the United States and Sweden were reviewed shows that coffee may help reduce the risk of multiple sclerosis (MS), a debilitating nervous system condition that affects over 2 million people worldwide.

The findings state that Americans who did not consume coffee were approximately one and a half times more likely to develop MS compared to people who enjoyed over four cups daily the year prior to the development of MS symptoms.

Study details: The amount of coffee shown to keep MS symptoms at bay

The coffee habits of Swedes were also part of this study; coffee consumption among those individuals was also found to have benefits similar to the United States findings. The Swedish study found that people who did not drink any coffee are also about one and a half times more likely to have an increased risk of developing MS when compared to those who drank a minimum of six cups of coffee every day one year prior to the development of related symptoms.

In this particular study, researchers assessed information based on over 1,600 Swedes with MS as well as over 2,800 healthy people in Sweden, while the U.S. study was comprised of about 1,160 people with the disease and 1,172 healthy people. In both instances, factors such as age, mass body index and whether or not an individual engaged in unhealthy habits such as smoking, were taken into consideration. Ingestion of coffee among these people was compared during the same timeframe.

Beyond MS: the many health benefits of drinking coffee

According to study author Ellen Mowry, MD, MCR, with Johns Hopkins University School of Medicine in Baltimore, “Caffeine intake has been associated with a reduced risk of Parkinson’s and Alzheimer’s diseases, and our study shows that coffee intake may also protect against MS, supporting the idea that the drug may have protective effects for the brain.” Mowry is also a member of the American Academy of Neurology, where these findings have been made public. “Caffeine should be studied for its impact on relapses and long-term disability in MS as well,” she says.

In addition to having brain-protecting benefits, coffee has also been shown to aid in diabetes prevention and liver protection.

Experts at the Harvard School of Public Health (HSPH) found that people who increased their coffee intake by an average of 1.69 cups daily over four years had an 11 percent lower risk of developing type 2 diabetes during that period compared to those who did not alter their consumption.

A study published in Clinical Gastronenterology and Hepatology linked drinking three cups of coffee per day with a more than 50 percent reduction in liver cancer risk. Dr. Carlo La Vecchia of Milan’s Istituto di Ricerche Farmacologiche Mario Negri, says that “our research confirms past claims that coffee is good for your health and particularly the liver.”

It’s thought that coffee’s antioxidants – specifically its polyphenols and flavonoids – are primarily responsible for producing such a range of health benefits.

According to Joe Vinson, Ph.D., of the University of Scranton, “Americans get more of their antioxidants from coffee than any other dietary source. Nothing else comes close.” He goes on to say that in the United States, it’s the “number one” source of antioxidants in the diet, and that the hot beverage’s antioxidants should be considered the “good guys.”