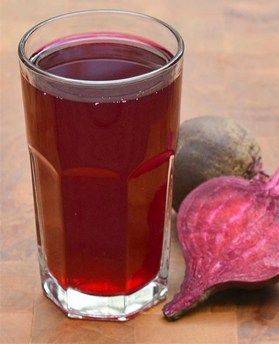 It’s not difficult to get into a rut with food. As we rush about in our busy lives, many times nutrition takes a backseat to more pressing concerns. The regrettable cost of this shortcut? Expanding waistlines, dulled thinking and floundering immune systems. Fortunately, it doesn’t have to be this way. By including a few probiotic-rich foods in our daily routine, we can greatly improve mental and physical well-being — all without unpleasant fad diets. .

Traditionally used around the globe, and cheered by modern health advocates, the art of fermentation and culturing is an easy, cost-effective method to maximise nutrition while increasing digestion and health. These foods, with their spectrum of beneficial bacteria, can be an absolute revelation for those with less than perfect physical and mental health.

If you feel your current weight is far from ideal — and would like to shed a few pounds — probiotics can help. Researchers discovered in a recent study that women who consumed a strain of lactic acid bacteria called Lactobacillus rhamnosus lost twice as much weight as their non-probiotic counterparts. Over the course of 12 weeks, half the women were given two probiotic pills per day, while the other received a placebo. At the end of the study, the researchers observed that the weight of the women in the placebo group remained stable, whereas the probiotic group continued to lose weight, totaling 5.2 kg per person. As reported by in the study’s press release:

“[P]robiotics may act by altering the permeability of the intestinal wall. By keeping certain proinflammatory molecules from entering the bloodstream, they might help preventing the chain reaction that leads to glucose intolerance, type 2 diabetes, and obesity.”

Although Lactobacillus rhamnosus was administered in pill form, the bacterium is also present in products like yogurt with active cultures. Professor Tremblay, lead researcher of the study, believes that the probiotics found in cultured dairy could have a similar effect as the supplement.

A clear mind and sound health

Weight loss isn’t the only advantage of increasing your intake of probiotics – they might actually make you smarter too. If you find yourself struggling with brain fog, depression or anxiety, the problem may lie in the gut. Through the use of antibiotics, consuming a diet high in sugary, processed food or living in a constant state of stress, the beneficial microbiome in our gut becomes imbalanced — which contributes to unclear thinking, sadness and excessive worry. But we can easily correct this issue by enjoying more foods like:

As an added perk, probiotic-rich foods also give the immune system a nice leg-up. As noted in the journal Nutrition in Clinical Practice:

“Randomized double-blind studies have provided evidence of the effectiveness of probiotics for preventing various diarrhoeal illnesses as well as allergic disorders. Evidence for their efficacy for use in the prevention and treatment of bacterial vaginosis and urinary tract infections is also mounting. In addition, probiotics may be useful for preventing respiratory infections, dental caries, necrotiding enterocolitis, and certain aspects of Inflammatory Bowel Disease.”