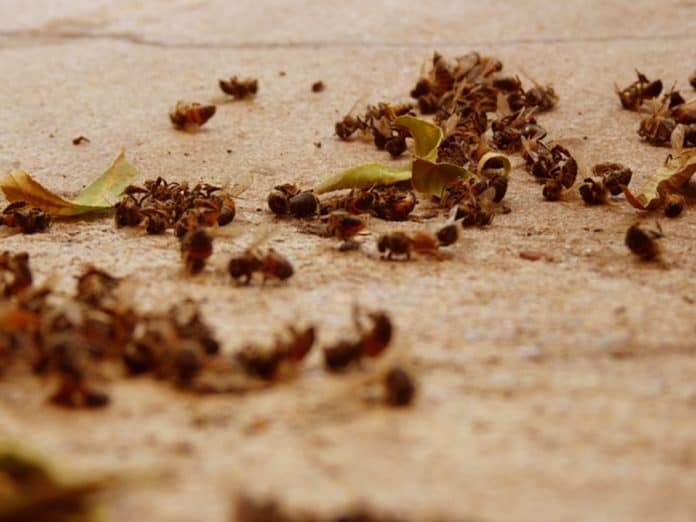 The European Union has voted to ban agricultural pesticides that are harmful to bees and which scientists have warned could have a broader impact on the global food chain.

Faced with mounting scientific evidence that bee-poisoning neonicotinoids, or neonics, could cause an ecological armageddon, European regulators on Friday approved a groundbreaking and historic ban on the widely-used class of pesticides — an announcement met with immediate applause by campaigners.

“The E.U.’s ban on bee-killing neonicotinoid pesticides is a huge win for pollinators, people, and the planet,” responded Tiffany Finck-Haynes, senior food futures campaigner for Friends of the Earth (FOE). Lori Ann Burd, director of the Center for Biological Diversity’s environmental health program, said it’s also a win for the science-based regulation of pesticides.

Under the new rules, which build on existing restrictions and are expected to take effect by the end of the year, three main neonics — imidacloprid, clothianidin, and thiamethoxam — will only be allowed in permanent greenhouses – “where no contact with bees is expected,” according to a statement by the European Union (EU).

Vytenis Andriukaitis, European commissioner for health and food safety, welcomed the move, which follows a February assessment by the European Food Safety Authority (EFSA) that concluded “most uses of neonicotinoid pesticides represent a risk to wild bees and honeybees.”

“Bee health remains of paramount importance for me since it concerns biodiversity, food production, and the environment,” Andriukaitis told the Guardian.

The vote was widely praised by the many environmental advocates who have spent years fighting for an outright ban on the use of neonics — a position that has been met with protests from major agricultural groups and lobbyists for pesticide manufacturers.

“Authoriding neonicotinoids during a quarter of a century was a mistake and has led to an environmental disaster. Today’s vote is historic,” declared Martin Dermine of Pesticide Action Network Europe.

“A majority of member states gave a clear signal that our agriculture needs transition,” Dermine added. “Using bee-killing pesticides cannot be allowed anymore and only sustainable practices should be used to produce our food.”

While celebrating their victory in Europe, critics of neonics also used the news to draw attention to alarming developments at the U.S. Environmental Protection Agency in the era of President Donald Trump.

“The E.U.’s wisdom highlights the Trump EPA’s folly,” noted Burd. “Although U.S. beekeepers reported catastrophic losses again this winter, and just this past week the EPA closed a comment period on another suite of damning neonicotinoid risk assessments. Rather than banning these dangerous pesticides, the agency is actually considering increasing the use of neonics across another 165 million acres.”

Instead, Finck-Haynes said, U.S. regulators and food retailers should “take immediate action and eliminate the use of these toxic pesticides.”