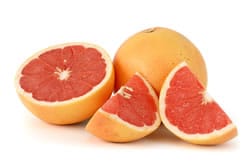 In the Nutrition Department at the University of Navarra in Spain, Professor Alfredo Martinez and lecturer Fermin Milagro made a clinical breakthrough. They found out that both grapefruit and helichrysum extract can effectively combat diabetes and obesity. The work was presented by Ana Laura de la Garza in a PhD thesis titled “Anti-obesity and anti-diabetic properties of two natural extracts rich in flavonoids (Helichrysum and Grapefruit): physiological and molecular mechanisms.”

The research, carried out in three models – in vitro, ex vivo and in animals – has drawn three major conclusions about the natural flavonoid-rich extracts. For one, they both exhibit hypoglycemic properties in the intestines. Secondly, they efficiently regulate glucose metabolism in the liver, improving hyperglycaemia. Lastly, they both give the body anti-inflammatory and antioxidant powers to protect against diabetes and obesity. The research was the first of its kind to investigate the physiological and molecular mechanisms of the popular Mediterranean fruit and plant, and the findings were additionally published in both the Journal of Agricultural and Food Chemistry and Food & Function.

How grapefruit and helichrysum extract can improve diabetes and obesity

When investigating the extracts’ properties, De la Garza began giving them to test rats as she studied their effects on treating hyperglycaemia. Right away, she noticed that both grapefruit and helichrysum halted two enzymes (alpha-amylase and alpha-glucosidase.) By stopping these enzymes, the extracts altered carbohydrate digestion, reducing the absorption of glucose into the intestine.

Taking it a step further, she investigated the extracts’ effect on the livers of the animals. She quickly recognised that liver glucose (glucokinase) was now being properly metabolised and regulated in the presence of grapefruit and helichrysum extract. This also reduced inflammation in the liver while reducing adipose tissue. Subsequently, the animal’s metabolism went into a state of equilibrium. The animals naturally started to eat fewer calories and began using energy more efficiently.

Researchers from the University of KwaZulu-Natal in Durban, South Africa, found more evidence supporting grapefruit’s ability to help diabetes patients. In the process, they also found out that the common diabetes drug metformin can actually hinder the natural healing process, causing lactic acidosis.

In their animal study, 60 male Wistar rats were divided into three groups: one control; one treated with escalated, oral doses of grapefruit juice; and one treated with both grapefruit juice (3.0 ml/kg body weight) and metformin. Before the two-week study concluded, the researchers found great results with rats treated with only grapefruit juice. When compared to controls, this group showed significantly reduced fasting blood glucose levels. Likewise, the grapefruit juice and metformin combination significantly lowered blood glucose levels compared to controls. However, with metformin added into the equation, blood lactic acid levels in the animals drastically increased. (Grapefruit-juice-treated rats and controls showed low blood lactic acid levels.)

When the drug metoformin was singled out and used as a standalone treatment, it again provoked high blood lactic acid levels.

The research showed that something as simple as grapefruit juice can have a positive impact on regulating blood glucose levels but is ultimately hindered by man-made drugs like metformin. The drug ultimately perpetuated an acidic state in the animals, making it harder for them to heal naturally.