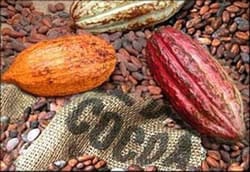 If you’re consuming both cocoa powder and spirulina, you may consider how it could protect you from diminishing memory, cognitive decline and other forms of dementia, such as Alzheimer’s, as you age. And that’s not all. The positive cardiovascular effects of these two superfoods are also substantial.

The Oasis of Hope Hospital in Tijuana, Mexico, has offered a medical hypothesis based on the medical literature of both superfoods. No actual studies were performed, but many existing studies were analysed for the scientific foundation of their hypothesis.

This research group also suggested that adding cocoa to spirulina is a good way to disguise the taste and smell of spirulina in addition to compounding its health benefits.

The basis of Oasis of Hope’s medical hypothesis
Their first observation concerned the Kuna Indians of Panama who consume large amounts of cocoa. They have an almost non-existent level of hypertension (high blood pressure) and suffer hardly any strokes despite salting their foods profusely.

A year or so ago, the European Food Safety Authority, the EU’s equivalent to the American FDA (but perhaps not quite as corrupt), officially confirmed that dark chocolate and cocoa products could be promoted as supporting cardiovascular health with increased blood flow.

MCI could be considered a precursor or early warning stage of dementia and Alzheimer’s. It involves thinking difficulties with daily activities and memory problems but isn’t yet considered dementia according to the Alzheimer’s Society UK site. It’s been observed that MCI sufferers often go on to develop dementia or Alzheimer’s.

So this level of impaired memory and mental acumen shouldn’t be taken lightly. This is the time to start adding cocoa powder beverages, high-cocoa content dark chocolates with minimal sugar and milk combined with the hypothetically suggested spirulina.

Spirulina is a cyanobacterium that has been demonstrated in several Asian rodent studies to reduce inflammatory markers with its high level of phycocyanobilin, a proven inhibitor of vascular and cellular oxidative stress.

The authors of this medical hypothesis claim that adding cocoa’s high flavanol antioxidant content encourages nitric oxide production, which enhances vascular flexibility and strength throughout the body, including the arteries and blood vessels of the brain.

Declining cardiovascular and brain health are two major aging crisis scenarios. This medical hypothesis offers what many like to call an anti-aging solution.

Other MCI reversal and dementia protective tips
Let’s not forget the role of pure cold-pressed virgin coconut oil for avoiding or reversing dementia which has been empirically demonstrated to reverse even late stage Alzheimer’s.

The medium-chain triglycerides of coconut oil are easily metabolised, instead of stored as fat, to create ketones that oxygen-starved, damaged brain cells can use for energy.

Ayurvedic herbs such as brahmi, or bacopa, and gotu kola have centuries-old empirical evidence of improving MCI to prevent full-blown dementia. They are inexpensive in powdered forms purchased online or from Ayurveda clinics.

Dementia is an expanding epidemic. Alzheimer’s can be tragically disabling and even fatal. But early natural preventions are abundantly available.