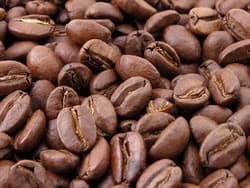 New research published in Diabetologia (the journal of the European Association for the Study of Diabetes) shows that increasing coffee consumption by on average one and half cups per day (approx 360ml) over a four-year period reduces the risk of type 2 diabetes by 11%. The research is led by Dr Frank Hu and Dr Shilpa Bhupathiraju, Department of Nutrition, Harvard School of Public Health, Harvard University, Boston, MA, USA, and colleagues.

The availability of these repeated measures and the long-duration of follow-up allowed the authors to evaluate 4 year changes in coffee and tea intake in relation to risk of type 2 diabetes in the following 4 years. They also examined whether the association with diabetes incidence differed between changes in caffeinated and decaffeinated coffee. Diet was assessed every 4 years using a validated food frequency questionnaire. Self-reported incident type 2 diabetes cases were validated by supplementary questionnaires. The final analysis included 48,464 women in NHS, 47,510 women in the NHS II, and 27,759 men in HPFS.

The authors say that the higher risk of type 2 diabetes associated with decreasing coffee intake may represent a true change in risk, or may potentially be due to reverse causation whereby those with medical conditions associated with risk for type 2 diabetes (such as high blood pressure, elevated cholesterol, cardiovascular disease, cancer) may reduce their coffee consumption after diagnosis. However, even when cases of cardiovascular disease or cancer were excluded during follow-up, the results were very similar.

The authors say: “In these 3 large prospective cohorts with more than 1.6 million person-years of follow-up, we observed that increasing coffee, but not tea, intake over a 4-year period was associated with a lower type 2 diabetes risk in the next 4 years.

Decreasing coffee intake was associated with a higher type 2 diabetes risk. These changes in risk were observed for caffeinated, but not decaffeinated coffee, and were independent of initial coffee consumption and 4-year changes in other dietary and lifestyle factors.”

Conflict of interest statement: Study author Dr Rob M van Dam (National University of Singapore and National University Health System, Singapore) received grant funding from Nestec Ltd for a randomized trial of the effects of coffee consumption on insulin sensitivity. Nestec Ltd is a broad food company that also sells coffee. This is grant funding specific for that project with a contractual agreement that ensures that the company cannot influence the design of the study or decision to publish the results. This funding does not in any way affect the current study. Other authors declare that there is no duality of interest associated with this manuscript.