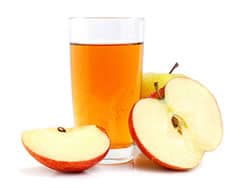 Pharmaceutical antibiotics are designed for bacteria only. So if you’re suffering from a viral or fungal infection and you’re prescribed an antibiotic, you not only are out of luck for a solution but are throwing the dice against some potential short-term and long-term side effects.

Apparently, as pharmaceutical antibiotics are complex synthetic formulations, pathogenic bacteria for which they are designed have more loopholes to discover in order to resist them. Conversely, it seems that the same is not true with natural antibiotics, many of which can also multi-task as antifungals and antivirals.

Here’s a tonic that you can easily make to have on hand for a variety of ailments, made with several traditional time-proven ingredients that are antibiotic, antiviral and antifungal.

Back to the basics: A traditional tonic from medieval Europe

This cleansing tonic performs as a total multi-tasking anti-pathogen for bacteria, viruses and fungal infections. It’s easy to make and cheap. You won’t have to worry about side effects either. The source for this recipe claims that it’s useful for resolving candidiasis also.

1. Combine all the ingredients in a bowl – except for the vinegar.
2. Transfer the mixture to a jar.
3. Pour in some apple cider vinegar and fill it to the top. (It is best if 2/3 of the jar consistS of dry ingredients and the rest is filled with vinegar.)
4. Close well and shake.
5. Keep the jar in a cool and dry place for 2 weeks. Shake well several times a day.
6. After 14 days, squeeze well and strain the liquid through a plastic strain. For better results, put a gauze over it. Squeeze well so the whole juice comes out.
7. Use the rest of the dry mixture when cooking.

This recipe’s source advises starting with a teaspoonful at first, and not on an empty stomach. Each of the ingredients have powerful medicinal properties.

Much has been made of antibiotic resistance and the rise of superbugs such as Methicillin-Resistant Staphylococcus aureus (MRSA), which can be lethal.

But instead of resorting to natural means that are clinically proven effective, such as colloidal silver, oil of oregano and Manuka honey, most of the MSM and scientific community relies on Big Pharma for finding more costly synthetic “solutions.”

The addiction to pharmaceutical antibiotics has led to the fluoroquinolone series of antibiotics, such as Cipro and others. Even after a national TV news special featured the gruesome effects of fluoroquinolone antibiotics, the media and medical mafia still maintain that the “benefits outweigh the risks.”

Stevens-Johnson syndrome (SJS) and its disease cousin toxic epidermal necrolysis (TEN) are side effects of many non-fluoroquinolone antibiotics. TEN is the most gruesome and fatal. It involves the patient’s skin tearing away and forcing them to be treated as a severe burn victim. It happens more often than it’s reported.

Pharmaceutical antibiotics should be shunned as much as possible, especially for minor ailments.