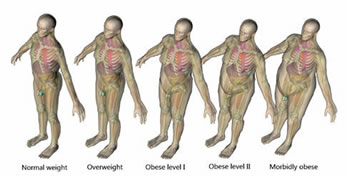 To combat the increasing threat of diabetes, set to become the major cause of morbidity and mortality in Australia by 2016, University of Sydney researchers are seeking participants for the world’s largest ever lifestyle intervention study.

Researchers are hoping to enlist the help of 300 volunteers who are at risk of developing diabetes, for example who are overweight and have a family history, to join participants from eight nations in helping to identify the most effective lifestyle pattern to prevent type-2 diabetes.

Researchers from the University’s Charles Perkins Centre will lead the Australian component of the PREVIEW study, a €9 billion international project involving 15 partners, funded by the European Union.

PREVIEW (an acronym for Preventing Diabetes in Europe and Worldwide) will recruit 2500 pre-diabetic overweight or obese individuals, including children and adolescents, adults, and the elderly, for a three-year comparison of two different diet and exercise strategies.

The participants will either adopt a high-protein, low-GI diet or follow conventional healthy diet advice (for example eating more fruit, vegetables and whole grains). They will then be randomly allocated to engage in moderately intense exercise for 150 minutes per week or high intensity exercise for 75 minutes per week.

“We know that weight loss is the key to delaying and preventing diabetes, but we also know that 95 percent of people who lose weight will regain it,” says Professor Jennie Brand-Miller, from the University’s Charles Perkins Centre, who pioneered the low GI diet incorporated in the trial and will lead PREVIEW in Australia.

“We think that diet composition is the key to long-term adherence, specifically a diet that keeps you feeling full. We also think that more intense exercise for a short time is more efficient than exercising at a lower intensity for longer.”

PREVIEW will also conduct large-scale population studies, using data from more than 170,000 people around the world to gain unprecedented insights into the impact of lifestyle on the development of diabetes, for example how stress and disturbed sleep might precipitate diabetes even in those who are eating and exercising well.

“Australia has a higher prevalence of diabetes than many countries in Europe, especially among our ethnic minorities such as Aboriginal and Torres Strait Islander people and people of Asian background, notably those from India, China, Thailand and Vietnam,” says Professor Brand-Miller. “The research we conduct here forms a vital part of the project, helping to paint a true picture of diabetes today.”

Professor Stephen Simpson, Academic Director of the Charles Perkins Centre and an investigator in the project, says: “PREVIEW has the potential to improve the health and quality of life of the rapidly increasing number of people who suffer from diabetes, as well as save billions of dollars for health care budgets all over the world.”

“This ambitious project fits perfectly with the Charles Perkins Centre’s core mission to work directly with individuals and communities to prevent diabetes, obesity and cardiovascular disease and translate research into real-world solutions.”

PREVIEW is currently seeking participants who are between the ages of 25 and 70 years and overweight. People can determine their eligibility by answering a short questionnaire at www.preview.ning.com/sydney