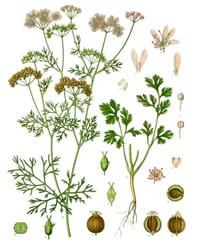 Living in an increasingly toxic world, we’re hard-pressed to keep health in top form – even when we adopt an ultra-clean diet. As a rule of thumb, extra help is needed now and again to clear out accumulated environmental toxins. Be that as it may, intensive juice fast retreats or pricey detoxification protocols are oftentimes out of reach financially for many. It can be downright frustrating.

fThe good news is that we do in fact have affordable (and painless) options for detoxification which utilise easy-to-find supplements and foods. Clay, cilantro and fermented or cultured edibles are all helpful in gently purifying the body, revitalising health and encouraging vitality.

As reported in the article “Detox Naturally With Cilantro and Clay,” Dr. Yoshiaki Omura of the Heart Research Foundation in New York stumbled upon a surprising heavy metal detoxification agent: cilantro. Omura and his colleagues were having very little long-term success using antibiotics and antiviral compounds for recurring infections in their patients – symptoms would vanish, only to reappear a few months later.

After investigating further, Omura discovered that deposits of aluminum, mercury and/or lead had localised in certain areas, allowing for bacteria and viruses to multiply in those locations.

Interestingly, one patient excreted significant levels of mercury in his urine after consuming Vietnamese soup containing cilantro. During additional testing, Dr. Omura found that ingesting cilantro also stimulated the excretion of lead and aluminum from the body. When he instructed his patients to regularly consume fresh cilantro or cilantro juice — in addition to taking antibiotics or natural antivirals — the infections were permanently healed.

Dr. David Williams, a chiropractor and medical researcher and author of the abovementioned article, takes the cilantro detox a step further by adding clay.

“Since cilantro may release more heavy metals than the body can efficiently remove, and to prevent any metals from being deposited in the colon, I also recommend using a form of calcium bentonite clay called Pascalite. While using the cilantro for a detox period of two weeks, take 1 to 2 teaspoons of Pascalite mixed with water three times a day between meals.”

Detoxifying with fermented and cultured foods

Research in the World Journal of Microbiology & Biotechnology found that certain species of lactic acid bacteria bind to metal ions and store them within their cells. Preliminary studies revealed that lactic acid bacteria actively removed toxic metal ions from drinking water, food and the human body. Good sources of the bacteria include unpasteurised fermented vegetables like sauerkraut, as well as buttermilk and kefir with active cultures.

Moreover, according to a study published in Applied and Environmental Microbiology, Lactobacillus acidophilus and Lactobacillus crispatus probiotic strains were able to bind and remove arsenic from water.

The study also showed that Lactobacillus and Bifidobacterium species can bind lead and cadmium in solution. “Most importantly, the metal remained strongly sequestered by the cell and did not disassociate, even 48 [hours] after testing.” Both strains are generally present in yogurt with live cultures.

Unfortunately, the team was unable to determine the ability of lactobacilli or gut bacteria to bind and absorb to mercury.