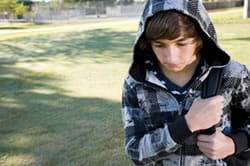 Boys will be boys. But when they are, their risk of being falsely diagnosed with Attention Deficit Hyperactivity Disorder (ADHD) becomes increasingly high, according to a recent report by The New York Times (NYT). The latest figures released by the U.S. Centers for Disease Control and Prevention (CDC) reveal that one in five American boys is now being diagnosed as having the behavioural disorder ADHD – and most of these boys are being prescribed dangerous psychotropic medications as treatment.

It used to be that only a very small number of children, mostly boys, with severe behavioural problems were even considered as potential ADHD candidates. But today, even the slightest deviations from so-called normal behaviour can land a child in the crosshairs of overzealous psychiatrists eager to dispense them the latest mind-numbing drugs. The situation has gotten so out of control, in fact, that one prominent child psychiatrist who has long endorsed ADHD medication as being “safer than aspirin” is reversing course.

“That we have kids out there getting these drugs to use them as mental steroids — that’s dangerous, and I hate to think I have a hand in creating that problem,” says Dr. Ned Hallowell, as quoted by NYT. Dr. Hallowell used to tell parents that ADHD psychostimulant drugs like Ritalin (methylphenidate) and Adderall (amphetamine and dextroamphetamine) were “safer than aspirin.” He no longer makes this claim, and actually regrets having ever done so.

According to the latest figures, there are now about 6.4 million American children between the ages of four and 17 that have received an ADHD diagnosis at some point during their lives. This number is 16 percent higher than it was just six years ago in 2007, and a whopping 41 percent higher than it was just a decade ago. And based on the figures, the vast majority of these diagnoses are among the young male population, 20 percent of which has now been declared to have the condition, at least at the high school age level.

“There’s no way that one in five high school boys has ADHD,” says James Swanson, a professor of psychiatry at Florida International University, as quoted by NYT. “If we start treating children who do not have the disorder with stimulants, a certain percentage are going to have problems that are predictable – some of them are going to end up with abuse and dependence. And with all those pills around, how much of that actually goes to friends? Some studies have said it’s about 30 percent.”

As bad as all this over-diagnosis is, the situation is only going to get worse once the newest edition of the Diagnostic and Statistical Manual of Mental Disorders, also known as DSM-V, gets published. According to an analysis of the latest proposed changes to the manual, many more children will be falsely diagnosed as having ADHD due to the inclusion of excessively-liberal diagnosis criteria.

“These wording changes newly diagnose individuals who display symptoms of ADHD but continue to function acceptably in their daily lives,” reads an analysis of the proposed changes to DSM-V as published in the Journal of Learning Disabilities. Such changes include things like allowing ADHD symptoms to appear before age 12 rather than age seven in order to make a diagnosis; expanding the list of eligible symptoms considered to be indicative of ADHD; and changing the requirement that ADHD symptoms “impair” everyday activities to the much more inclusive word “impact.