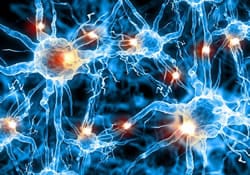 Every functional medicine psychiatrist has case stories of the ‘probiotic cure’ – of a patient with debilitating symptoms, often in the obsessive compulsive range, whose symptoms remitted completely with dietary change and probiotic supplementation. Is this voodoo or is it based on a growing understanding of the role of the microbiome in mental health and behaviour?

For two decades now, pioneering researchers have been substantiating inflammatory models of mental illnesses such as depression, bipolar disorder, and schizophrenia. Research has focused on markers that indicate immune distress in an important subset of patients, many of whom are labeled “treatment resistant.” Through this body of literature, we have identified that depression can be induced, in animals and in humans through inflammatory agents, that it is correlated with blood levels of inflammatory markers, in a linear way (more markers = worse depression), and that symptoms can be reversed through pharmaceutical anti-inflammatories.

Inflammatory Models of Mental Illness: The Role for the Gut

Working with this premise, where is the best place to begin when we consider how to modify inflammatory states in the body, naturally? You guessed it, it’s the gut. Housing >70% of our immune system, the gut is our interface between the outside and inside world, separated by one-cell-thickness. The resident microorganisms, outnumbering by 10:1 by our human body cells, develop an ecosystem through postnatal exposures, in the vaginal canal, through breastfeeding, and the immediate environment. Disruption to the balance of bacteria through medication exposures, gluten, herbicides, stress, and infection can set the stage for the innate immune system to prepare for attack. Depression, associated with compromised integrity of this intestinal barrier, becomes the swirling storm of inflammation, impairment of cellular machinery (i.e. mitochondria), oxidative stress, and inflammation in a carousel-like forward rotation. Specifically, depression is associated with elevated levels of lipopolysaccharide (LPS), a nutrient-binding, inflammatory toxin produced by bacteria that are intended to remain in the gut.

If depression is a downstream collection of symptoms, and inflammation, oxidative stress, and mitochondrial dysfunction are driving these symptoms, what is at the source? It appears, from data in animals and humans, that disruption to our gut ecology may be a major player, and the microbiome has stepped to the forefront of cutting-edge psychiatric research.

Enter psychobiotics: “a live organism that, when ingested in adequate amounts, produces a health benefit in patients suffering from psychiatric illness.” A review by Dinan et al. encompasses the clinical basis for the use of probiotics in mental health with reference to animal studies in which behavioural changes resulted from exposure to bacterial strains such as bifidobacterium and lactobacillus. In placebo-controlled trials in humans, measures of anxiety, chronic fatigue, and depression and anxiety associated with irritable bowel syndrome.

The therapeutic clinical applications of probiotics have been limited to a handful of strains out of the more than 7000 at last count. It appears that colonization is not an expected outcome of probiotic supplementation, and that genomic communication between bacteria and immune receptors may account for anti-inflammatory effects.

Given how little is known about therapeutic applications of different strains, it may make sense to defer to ancestral practices that confirm the importance of probiotic exposures. In these foods such as lactofermented kimchi, pickles, sauerkraut, and other traditional vegetables, microbes are acting on the food, and the food is then acting on our microbes.

What do bacteria accomplish in the gut? Do they just help with digestion? According to Selhub et al., they:

Because of the complex coevolution of bacterial strains, cultivated through our food supply, and complementary to our inner microbiomes, we have an opportunity to use therapeutic foods to re-educate an immune system that has veered off-course. Psychobiotics have the potential to modulate multiple different relevant factors at once:

“This could manifest, behaviourally, via magnified antioxidant and anti-inflammatory activity, reduction of intestinal permeability and the detrimental effects of LPS, improved glycaemic control, positive influence on nutritional status (and therefore neurotransmission and neuropeptide production), direct production of GABA, and other bioactive chemicals, as well as a direct role in gut-to-brain communication via a beneficial shift in the intestinal microbiota itself.”

It is therefore compelling to consider the power of reconnecting to the natural world through our food; communicating through our guts to our brains, that nutrients are plentiful, our bodies are safe, and that our inflammatory systems can be put at ease. It is under these circumstances that the infinite complexity of the endocrine, immune, and gastrointestinal systems can play out, unhindered in support of mental health and wellness.