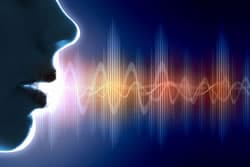 Today we’re far more familiar with the concepts of sounds, sound waves and the constantly vibrating state of all matter in the universe. We use ultrasound waves to look inside the human body, destroy gall and kidney stones, and search for oil as well as to unlock other secrets deep within the earth.

So what does this have to do with healing the body? Everything. In Chinese medicine, there are so many fantastic methods to heal and cure that are so little known today. One of these ancient healing methods is known as the “Six Healing Sounds” or the “Six Syllable Secret.”

What the Chinese discovered was that, no matter what language a person spoke, when they had any particular illness they all made the same sound.

For example, if a person had a problem that was determined to be in their kidneys, they were often hunched over, had shallow breathing and made a characteristic “Wooooooooo” sound, regardless of their spoken language. This is akin to how everyone in the world makes the same “ha ha ha” sound when they laugh regardless of the language they speak.
This is because humour generates a strong “E-motional” response in the body and mind which is of a “fire” nature. E-motions are not just feelings but “Energy in Motion.”

Each of the five major vital (yin) organs of the body has its own sound. The five vital yin organs are the heart, lungs, liver, kidneys and spleen, and the 6th sound corresponds to all the organs.

Three of the Six Sounds

To make the sound, start by taking a deep breath, then with a slow exhalation you make the sound “SSSSSSSSSSSSSSSSSSSSSSSSSSSSSS”… similar to the sound of a snake while exhaling about 75% of the air in your lungs. As you inhale, imagine energy coming back into the lungs to recharge them and then exhale again while making the “SSSS” sound. Do this after each of the sounds for all of the organs/systems.

The sound does not need to be loud, and your exhalation should be gentle and calm. The lungs house the negative emotions of grief, sadness and sorrow and the positive emotions of righteousness, surrender, letting go, emptiness and courage.

The second sound is the sound for the kidneys, the “Woooooooooooooo” sound. Phonetically, this sounds more like “Wuuuuuuuuuuuuu.” When this sound is made on the exhalation with the lips pursed as though blowing out a candle at a distance, it will begin to purge the kidneys of excess fire chi, increasing the flow of its energy and the energy of the rest of the internal organs.