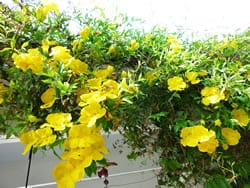 The human immune system is a remarkable network of biological structures and processes. When functioning properly, it has the ability to remember diseases that it has previously encountered for more efficient removal, trigger immediate responses to emergencies through its advanced communication systems – and much more.

Despite its sophistication however, the immune system is notoriously fragile, and even the healthiest of us can suffer from compromised immunity from time-to-time. During these difficult periods, when we’re at a far greater risk of infection than usual, it is a good idea to supplement our diets with herbs that are well-known for their immune-boosting properties. Three of the best of these herbs are listed below.

Astragalus is a perennial plant native to the northern and eastern regions of China, Korea and Mongolia. Its antioxidant-rich root which resembles a garlic bulb, has been used in traditional Chinese medicine for centuries to strengthen the body against disease. Moreover, the adaptogenic qualities of Astragalus make it effective at fighting disease.

Astragalus has been well-studied in the West, and numerous studies confirm its alleged immunity-boosting properties. A study published in Cellular Immunology in 2011, for instance, found that Astragalus polysaccharides could stimulate the body’s production of macrophages (white blood cells that tackle foreign invaders and cancer cells). A later study, published in Microbial Pathogenesis in January 2014, also discovered that Astragalus polysaccharides could regulate the production of T cells (white blood cells that defend the body from pathogens) in infected mice.

Echinacea is a flowering plant that grows throughout North America and Europe. It was immensely popular in its native lands as an immunity booster and general “cure-all” during the 18th and 19th centuries, but its use began to decline after the advent of antibiotics. Fortunately, the West –prompted by growing research into its health benefits – seems to have rediscovered Echinacea in recent decades.

Studies into Echinacea’s immunity-boosting properties are considerable, and new research is being published every month. For example, a study featured in International Immunopharmacology in March 2014 found that Echinacea polysaccharides could regulate T cell cytokine response, thus enhancing the body’s defenses against infection. These results were reinforced by another study published one month later in Natural Product Communications, which concluded that Echinacea preparations can bolster immunity by decreasing the “number and function” of regulatory T cells.

Cat’s claw is a woody vine native to the Amazon Rainforest of South America. While the indigenous people of Central and South America have used cat’s claw – which is named after its hook-like thorns – to treat a wide variety of medical conditions, it is especially revered for its ability to strengthen immune function.

Few studies have been conducted on cat’s claw compared to Astragalus and Echinacea, but the limited amount of research available is promising. A study published in Phytotherapy Research in August 2011, for example, discovered that cat’s claw extracts could boost immunity by modulating “distinct patterns of the immune system in a dose-dependent manner.” A study published in the Journal of Medicinal Food in March 2007 also listed cat’s claw as one of three herbs (the others being saw palmetto and Echinacea) that could regulate immune function by activating disease-fighting macrophages.