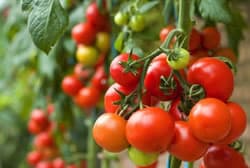 In 2014 alone, an estimated 233,000 men will receive a prostate cancer diagnosis, and nearly 30,000 of them will die from the disease. Prostate cancer is the second-leading cause of cancer among men worldwide, after lung or bronchial cancer, according to the U.S. Centers for Disease Control and Prevention (CDC).

Prostate cancer occurs due to a growth in the prostate gland, which is involved in sperm production and transport. When a growth occurs, cells begin to replicate more rapidly. Errors or flaws in the DNA can occur during replication, creating mutated genes.

Inherited DNA only accounts for about 5 to 10 percent of prostate cancer, according to The American Cancer Society, while the remainder of cases most likely occurs due to environmental factors, particularly an increase in certain hormones. Specific endocrine-disrupting compounds increase hormone levels, potentially influencing the development or progression of prostate cancer.

Prostrate cancer is directly linked to endocrine disruptors, such as BPA

While prostate cancer is treatable, it can often spread aggressively, thus becoming potentially fatal. Interestingly, prostate cancer rates among men are higher in developed countries, leading some experts to suggest that Western culture could be a factor, particularly diet and lifestyle.

To test this theory, researchers at the Universities of Bristol, Cambridge and Oxford examined the diets and lifestyles of more than 1,800 men ages 50-69 with prostate cancer and compared them to over 12,000 cancer-free men.

Published in the medical journal Cancer Epidemiology, Biomarkers & Prevention, the study is the first to catalogue a prostate cancer “dietary index.” The index linked the dietary components selenium, calcium and lycopene-rich foods, to reduced prostate cancer incidence, according to the University of Bristol.

Foods rich in lycopene reduce the risk of prostrate cancer

Men that consumed an “optimal” amount of the above three dietary components had a lower risk of prostate cancer. Lycopene is the red pigment that gives many fruits and vegetables their red colour. It’s an antioxidant responsible for fighting toxins known to cause DNA and cellular damage.

According to the study, tomatoes and tomato juice, as well as baked beans, produced the greatest health benefits, providing an 18 percent risk reduction in men eating more than 10 portions per week.

“Our findings suggest that tomatoes may be important in prostate cancer prevention. However, further studies need to be conducted to confirm our findings, especially through human trials,” said Vanessa Er, a researcher with the School of Social and Community Medicine at the University of Bristol and Bristol Nutrition BRU.

“Men should still eat a wide variety of fruits and vegetables, maintain a healthy weight and stay active,” she added.

Recommendations on physical activity and body weight by cancer prevention institutions were also examined during the study; however, only tips about which foods to eat played a factor in reducing the risk for prostate cancer.

The research was funded by the National Institute for Health Research (NIHR) and was carried out as part of the ProtecT study, which is funded by the NIHR Health Technology Assessment program, which aims to develop the best treatment methods for prostate cancer.

Currently, experts are unsure whether an operation, radiotherapy or careful monitoring including regular checkups is the best treatment method for prostate cancer.