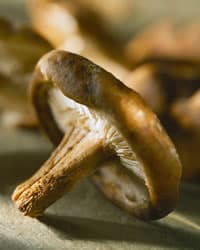 With 44% of men and 39% of women now being diagnosed with cancer, it has become more important than ever to understand the foods that will not only nourish your body, but also detoxify it of any cancer-causing agents. Here are some of the most potent cancer destroying foods and herbs.

Kelp, kombu, and nori are three of the more common sea vegetables with remarkable effects on cancer. They are one of the richest and most bioavailable sources of iodine, a substance lacking in the average diet that is implicated in many patients with breast and ovarian cancer. They are also rich in calcium and potassium, as well as all minerals, which assist in promoting a very alkaline environment, which makes it very difficult for existing cancer to survive.

Chlorella and spirulina are two of the most potent algae and are proven cancer fighters. Due to their incredible detoxification action (including binding to and eliminating heavy metals) and immune boosting properties (by promoting production of healthy gut flora and fighting candida overgrowth), they are a must have when healing cancer.

Cruciferous vegetables like broccoli, cauliflower, and cabbage have been linked to lower cancer risks and have the ability to halt growth of cancer cells for tumoUrs in the breast, uterine lining, lung, colon, liver, and cervix. It appears that a phytochemical called sulforaphane can stimulate enzymes that detoxify carcinogens before they damage cells, as well as indole 3-carbinol and crambene, which are also suspected of activating detoxification enzymes.

Medicinal mushrooms such as reishi and chaga have had a number of bioactive molecules, including anti-tumoUr agents, identified in their structure. These bioactive compounds include polysaccharides, alkaloids, tocopherols, phenolics, flavonoids, carotenoids, folates, ascorbic acid enzymes, and organic acids. Studies show that long-term consumption of reishi prevents tumoUr proliferation and growth by increasing the level of antioxidants in an individual’s blood plasma while boosting the immunity of those suffering from advanced stage cancer.

The hemp plant contains some of the most balanced and richest sources of oils on the planet, with an ideal ratio of 3:1 for omega 6 to omega 3. Hemp seed oil also contains 80% essential fatty acids, the highest of any plant.
Essential fatty acids are fundamental to immune function due to their antioxidants and anti-inflammatory fatty acids, which help oxidise the cells and restore health at a cellular level. Since cancer cannot survive in a highly oxygenated environment, the superb EFA content in hemp makes it a great option for healing cancer.

A double blind, randomised study with over 3000 human subjects for seven clinical years showed that cancer risk was cut by 60% for those with the highest intake of allium containing vegetables, including aged garlic. The miracle nutrient appears to be the enzyme alliinase (a nutrient in the Allium genus) which produces the anti-cancer compounds. The key is to crush it and let it sit for 15 minutes in order to release these anti-cancer compounds.

The Life Extension Foundation has conducted extensive research into the anti-cancer properties of turmeric and found that it targets 10 causative factors involved in cancer development, including DNA damage, chronic inflammation, and disruption of cell signalling pathways. Hundreds of studies have also shown that curcumin is a potent anti-cancer food that blocks cancer development in a number of unique ways.