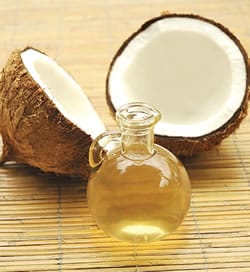 Doesn’t it seem odd that many of the fats predominant in a traditional or even hunter-gatherer diet are now touted by conventional medicine and dietetics as unhealthy? Naturally-occurring, stable, saturated fats from animals and some plants,that we’ve evolved with for hundreds of thousands of years, now come with a health warning. But new-to-nature, highly processed, easily oxidised polyunsaturated vegetable oils that have been part of the human food supply for a fraction of that time are touted as the holy grail of fats. These modern, refined, chemically extracted and heat-treated oils were unavailable to our ancestors and when you read on you’ll realise that nature knows what it’s doing and it’s not the animal fats that should be carrying the health warning.

Cholesterol, demonised over the last two decades and widely viewed as the smoking gun of chronic disease has turned up the fear factor on simple, healthy foods like eggs and animal fats. It’s no secret that the drug industry has profited massively from the sale of statins to lower our ‘dangerously high’ cholesterol, but without making much of dent in chronic disease rates, which continue to spiral out of control whether your cholesterol is low or not. The so-called cholesterol/lipid hypothesis proposed by Dr Ancel Keys has now been thoroughly debunked scientifically, yet mainstream medicine and the food industry carry on as if nothing has changed.

Put simply, cholesterol is your friend. It’s a key component of every cell membrane in the body, is the precursor for all your steroid hormones and is the main energy powerhouse for your immune system. It’s so important that your body makes the stuff! And the rest (around 25%) comes from animal food sources e.g. saturated fat and eggs.

It’s common knowledge that our ancestral diets contained high amounts of animal fats and fish oils (omega 3 fats), but very little vegetable fat (omega 6 fats). These ratios remain in the diets of those few indigenous populations today who have yet to be impacted by the industrial food revolution. Chronic diseases so prevalent in the West, such as cardiovascular disease (CVD), diabetes and obesity are rarely seen in these indigenous populations, such as the Inuit, who are still eating high amounts of saturated animal fats and very little vegetable fat.

Emerging science now demonstrates that even when we’re eating omega 3 fats, if we have too many omega 6 fats in our diet, the body will prioritise the omega 6 pathway and make even more. This is not how nature intended it. We evolved with a fat intake of around 1:1 omega 3 to omega 6, but today it’s more like 1:20! The gross lack of omega 3 fats creates huge problems for us in terms of inflammation, brain and neurological function, let alone cell membranes and our immune systems. In extremely simplified, crude terms; the omega 6 pathway is pro-inflammatory and the omega 3 pathway, anti-inflammatory.

Without delving too deeply into complex fatty acid science, it’s all about the vulnerability an oil has to oxidation through free radical damage because of the number of unbound carbon atoms in the fat’s ‘backbone’. A monounsaturated fat is more stable because there is less carbon available for free radical damage than a polyunsaturated oil that has many. One of the main ways in which oils are damaged by free radicals is through light and heat. Once they’ve been oxidised, it means that they turn rancid, which you can immediately taste and is an indication that the oil is going to do more harm than good in your body.

In contrast to saturated animal fat that is solid at room temperature, mono and polyunsaturated fat is liquid – so where does hydrogenated fat fit in and what is it? Hydrogenation describes the process developed in the late 1800’s to make artificial fat through adding hydrogen to vegetable oil in order to make it solid e.g. margarine. Whilst it’s easier for the food companies to use and cheaper than animal fat, don’t be fooled by the ‘better for you label’ slapped all over hydrogenated fats — it’s actually one of the most unhealthy so-called foods you can put in your body! Whether an oil is partially or fully hydrogenated, you can be sure of one thing; it’s full of harmful trans fats that negatively affect your body’s fat-handling and alters your natural cholesterol ratio for the worse.

The rise of refined vegetable oils

The production of vegetable crops for oil production has burgeoned rapidly in the West over the last few decades. Seed and nut crops such as sunflower, safflower, peanut, cottonseed and grapeseed are a common sight on land subjected to monoculture. And lately, more worryingly, the advent of GM varieties of soy, corn and canola. But what does ‘refining’ actually mean? The following is a brief introduction that illustrates what goes on before you see that bottle of yellow oil sitting on the supermarket shelf:

As we’ve established, refined polyunsaturated oils are highly unstable. As soon as you heat or hydrogenate them they change from their natural ‘cis’ (isomeric) form to an unnatural ‘trans’ form. And trans fats then promote inflammation in tissues and arteries, and — in the absence of diets rich in natural antioxidants from a variety of plant sources — may even promote cell mutations.

In contrast, cold pressing vegetable oils to extract the oil produces a very different product. Here the seeds, fruit or nuts are pressed or ground and whilst there is heat produced by the friction, it must not go above 49oC (120oF) to be labelled cold pressed. Cold pressed oils retain their natural flavour, smell and nutritional value, but with the exception of monounsaturated olive, macadamia and avocado oils and saturated coconut oil, they are still a very potent source of omega 6 fatty acids – to which we are over-exposed in modern life.

Maintaining healthy fat handling in the body is as much about consuming undamaged fats as it about re-establishing a fatty acid ratio akin to the 1:1 we’ve evolved with.

Leave the vegetable oils for fuel

Animal and vegetable fats were used as lamp fuels by the ancient Egyptians, and later the Greeks and Romans. Much later, Rudolf Diesel travelled to England to source peanut oil to run his first diesel engine in 1912. Exactly one hundred years on (yes, this year!), a Qantas Airbus 330 has made its first commercial flight on a blend of refined vegetable oil. That says it all, in our view: let’s leave the refined vegetable oils for those who wish to use them as fuels and get back to consuming fats as nature intended.

Avoid (in any significant quantity):

Note that whilst flax/linseed oil is can be converted to omega 3 fats in the body, you must have abundant zinc levels in order to make the conversion, but it has a very short shelf life and is easily damaged so must not be exposed to light or heat. In addition, some people fail to make the conversion and others suffer from poor absorption.
Enjoy: