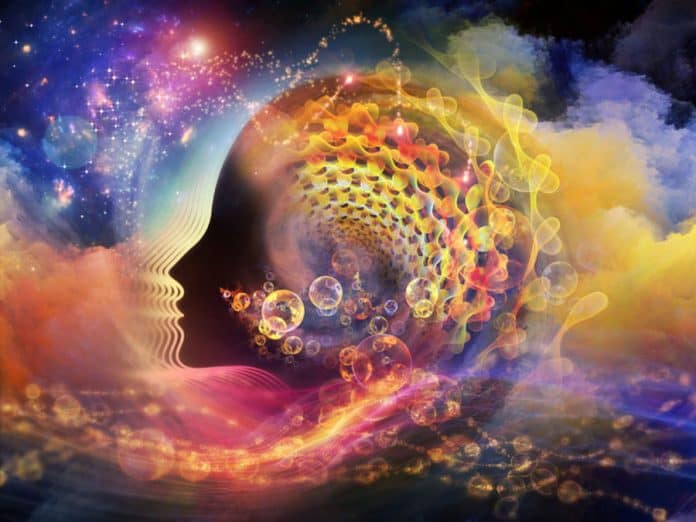 Science has, at long last, begun to catch up with persistent anecdotal accounts touting the arguably unparalleled benefits of psychadaelic use for the treatment of depression and other maladies — but exactly how and why those substances work remained the subject of some conjecture. Now, Brazilian scientists believe they know — or, at least, have come to a better understanding — thanks to new research using human mini-brains to study the effects of 5-MeO-DMT.

“For the first time we could describe psychaedelic-related changes in the molecular functioning of human neural tissue,” Stevens Rehen, study lead author, Professor of Federal University of Rio de Janeiro (UFRJ) and Head of Research at D’Or Institute for Research and Education (IDOR), announced in a recent press release:

“Researchers found that proteins important for synaptic formation and maintenance were up-regulated. Among them, proteins related to cellular mechanisms of learning and memory, key components of brain functioning. In contrast, proteins involved in inflammation, degeneration and brain lesion were down-regulated, suggesting a potential neuroprotective role for the psychadaelic substance.”

Sidarta Ribeiro, co-author of the study and Director of the Brain Institute of Federal University of Rio Grande do Norte (UFRN continued;

“Results suggest that classic psychadaelics are powerful inducers of neuroplasticity, a tool of psychobiological transformation that we know very little about.”

“The study suggests possible mechanisms by which these substances exert their antidepressant effects that we have been observing in our studies.”

“Like DMT, 5-MeO-DMT also appears in many plants and animals—including the venom of a particular toad—but has not been found in humans. While the DMT experience tends to be highly visual, 5-MeO-DMT is more like a perspective shift. Some have said it’s something like a near-death experience.”

Of course, analysing the mechanics of these, or of any similar substance, as it affects the human body generally requires human test subjects — a tricky legal matter when dealing with psychadaelics — even if volunteers clamor over one another for the opportunity.

So, the Brazilian team turned instead to what’s known as human mini-brains – cerebral organoids, technically – lab-grown miniature organs small enough, at around five to six millimetres, to function without the support of oxygen and blood circulation necessary for a slightly larger biological model. Futurism describes mini-brains as “3D cultures of neural cells that resemble a human brain still in the developing stages” — the size of a three- to four-month-old embryo.

This mass of developing cells indeed provides better insight into the effects of psychadaelics on humans; but — although the findings indeed indicate substances like 5-MeO-DMT might live up to their anecdotal hero status — the study has flaws which must also be addressed.

“When we culture human organoids we get them to the size of 5 or 6 millimetres, we don’t get them any further,” Michal Stachowiak, a University of Buffalo researcher, told Newsweek — explaining the need for biological support of the organoids at larger sizes.

Calling the Brazilian study “interesting,” Stachowiak added, “I’m not sure the model was properly developed. I’m skeptical this model could or should be used to reflect a full adult human brain.”

But this isn’t a fatal flaw — organoids are a step up, scientifically and efficaciously speaking — and this method, he emphasised, is still in its nascent stages. Newsweek reports,

“Because cerebral organoids model the brain in the early stages of development, they can provide a much clearer picture of what goes on in the developing brain, a picture that scientists have tried to approximate by using animal models and donated brains of already deceased foetuses. They may also prove useful in studying diseases that affect the developing brain, for example, schizophrenia, Zika, and autism.”

A statement on the legitimacy of the study or its methodology rests well beyond the purview of a journalist, but – perhaps because of the fallible methodology and its innate shortcomings – researchers and critics of the study, alike, expressed subtle but unanimous condemnation for unnecessary hindrances to exploring psychadaelics to the fullest extent: the government’s pernicious War on Drugs.

“Our study reinforces the hidden clinical potential of substances that are under legal restrictions,” Rehen, the lead author, noted, euphemising the decided illegality of a spectrum of substances, “which deserve attention of medical and scientific communities.”