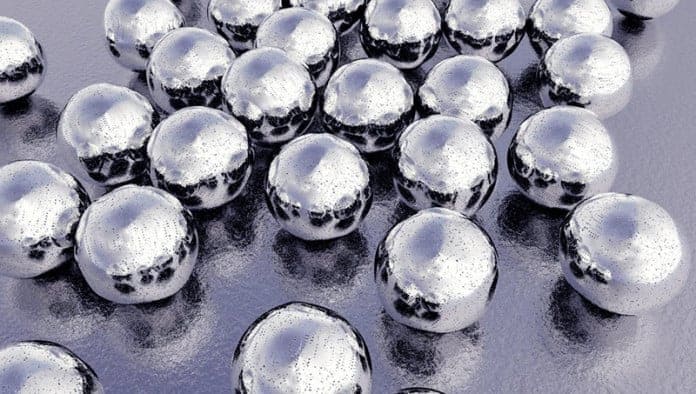 Products derived from nanotechnology are efficient and highly sought-after, yet their effects on the environment are still poorly understood.

A research team from the University of Geneva (UNIGE), working in collaboration with the University of California at Santa Barbara, have investigated the effects of nanosilver, currently used in almost 450 products for its antibacterial properties, on the algae known as Poterioochromonas malhamensis.

The Swiss-American team was able to demonstrate for the first time the metabolic perturbations induced by nanosilver following its uptake in the food vacuoles of freshwater algae, paving the way for early detection of the metabolic changes before they express themselves physiologically.

The nanosilver is used for its antibacterial properties and is employed in textiles and cosmetics, inter alia. In addition, the agro-food, biomedical and biopharmaceutical industry is interested in it for developing drugs, devices and pesticides.

“Since nanosilver is designed to destroy, repel or render harmless noxious organisms such as bacteria, scientists have realised that it might also be harmful to organisms that are crucial to our environment,” begins Vera Slaveykova from the Department F.A. Forel for Environmental and Aquatic Sciences in UNIGE’s Faculty of Sciences.

To assess the influence of nanotechnology products on phytoplankton and to evaluate the impacts on aquatic environment, the researcher team conducted a study on the alga Poterioochromonas malhamensis as a model phytoplankton species.

“The phytoplankton are everywhere, in lakes and oceans,” continues Professor Slaveykova. “As a whole, phytoplankton generate almost half of the oxygen we breathe. And they have a second essential role, since they are at the base of the food chain. If they accumulate nanoparticles, these will be integrated into the aquatic food chain.”

The study led by Professor Slaveykova shows that treating the algae with nanosilver disrupts the metabolism of the amino acids that are vital for producing cellular proteins, the nucleotide metabolism that is important for genes, and fatty and tricarboxylic acids making up the membranes, as well as the photosynthesis and photorespiration elements.

The study results suggest that the silver ions released by the silver nanoparticles are the main toxicity factor. “The nanosilver is internalised in the algal cells by the phagocytotic mechanism used to supply cells with organic matter,” continues Professor Slaveykova.

The study is the first to demonstrate that nanoparticles can follow such internalisation path in a species of phytoplankton. “These measurements were carried out in Geneva by Dr Liu using transmission electron microscopy. This entry mechanism is only known in Poterioochromonas malhamensis; it is still unknown if other phytoplankton species express it,” explains the Geneva researcher.