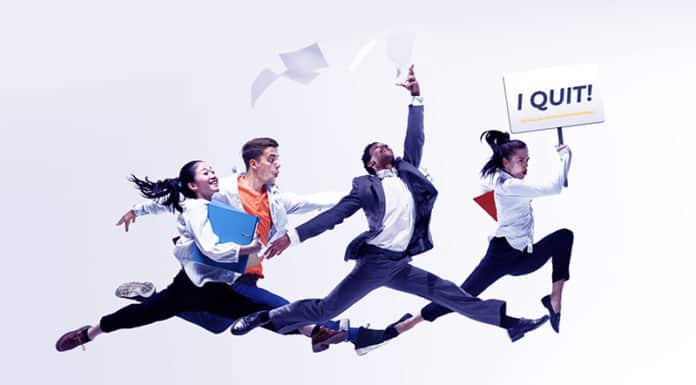 Around the world there is talk of an impending “Great Resignation”. But the Pro Bono Australia reader poll suggests there is already a labour shortage being felt across Australia’s social sector.

Last month Pro Bono Australia asked recruiters and HR managers to what extent they felt there were a lot of jobs available in the social sector, but a lack of applicants.

Of the 28 organisations who answered our questions, nearly 90 per cent said it was more difficult to fill positions at the moment – one in four described it as “very difficult”.

While we recognise 28 is not a huge number, the findings seem to reflect trends from across the general marketplace.

Seek has notifications on its site flagging that the candidate pool is lower than normal. Research from PwC found border closures coupled with a reluctance for workers to change jobs in an uncertain market, had resulted in a record high number of job vacancies that just can’t get filled.

In fact, Australia has experienced the lowest employee turnover since the Australian Bureau of Statistics started tracking labour mobility in 1972 – just 7.5 per cent of Australian workers changed jobs in the year to February 2021.

One respondent to our poll said they were finding it particularly difficult to fill roles for registered nurses, disability support workers and clinical administrators and case managers.

“The lack of staff has impacted service delivery to clients with NDIS and other care plans,” they said.

“We have a waiting list now for care and have not been able to fulfil rostered hours for many months now. This means vulnerable children and families are missing out on services and supports.”

More than three quarters (79 per cent) of respondents said they were getting less applicants than usual, while one person commented that it was “taking longer to get the same volume of applicants”.

Some suggested the lack of applicants could be caused by a combination of the uncertainty and desire for stability in the pandemic, as well as increased house prices and rental costs.

While one respondent felt that perhaps people didn’t want to work in the community sector because it remained open during lockdown (essential service), and “so may increase risk for people contracting COVID”.

When asked if they thought there will be staff who want to move jobs after restrictions have been lifted, 68 per cent of respondents to the Pro Bono Australia poll said they didn’t know.

One respondent said they were “not expecting any sort of return to normal” until at least 2023.

Another said: “Australia will experience a ‘great resignation’ of candidates from employers who try to return to BAU and won’t consider incorporating the flexibility we’ve experienced through COVID into their future plans.”

Many experts seem to agree with this last point. They predict the impact of the Great Resignation will start to hit Australia in March 2022.

The Great Resignation began in the US earlier this year when record numbers of Americans quit their jobs.

The research from PwC suggests the phenomenon could see nearly 40 per cent of Aussies change jobs in the next 12 months.

“Australian workers will soon be on the move in much larger numbers than we’ve seen in recent times,” the report said.

PwC said the balance of power is shifting from the employer to the employee.

“Because in the war for talent, it’s the worker who has the better bargaining position,” the report said.

But like with any great change, there also comes opportunity.

Moving forwards, organisational culture and flexibility will be key to retaining and attracting staff.

The pandemic has prompted people to reassess their personal and professional goals, and placed a greater emphasis on the importance of finding purpose in your work. This could be very good news for the social sector.