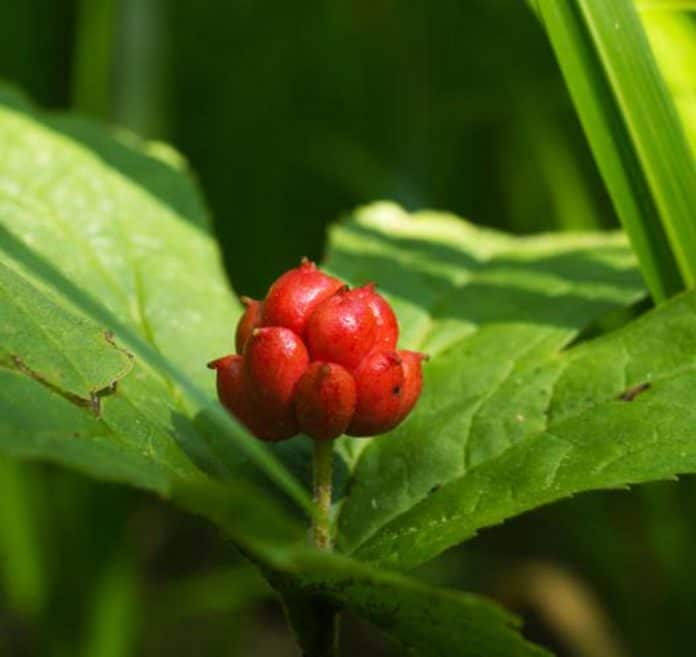 Antibiotics are getting weaker amidst a plethora of deadly superbugs. Luckily, nature also provides natural antibiotics, antivirals and antifungals. One of those agents is Goldenseal (Hydrastis canadensis). Goldenseal has been shown in the research to be significantly antimicrobial.

Meanwhile, the World Health Organization has found that many antibiotics are losing their effectiveness, and the U.S. Centers for Disease Control are finding that some infections are resulting in greater deaths because they are now untreatable with antibiotics.

Nature provides a means to fight off bacterial, viral and fungal infections without producing resistance.

The fact that Goldenseal can be used as a lethal antibiotic was illustrated in a study from the University of North Carolina, where researchers tested Goldenseal against several strains of MRSA (methicillin-resistant Staphylococcus aureus) bacteria.

The researchers tested both raw Goldenseal and Berberine – an antibiotic component extracted from Goldenseal against various USA300 strains of MRSA.

Furthermore, the researchers found that the Goldenseal inhibited the MRSA bacteria through a variety of mechanisms – rather than just one. It also squashed the MRSA’s ability to quorum sense – which is their means of communication.

“Collectively, our results show that H. canadensis leaf extracts possess a mixture of constituents that act against MRSA via several different mechanisms. These findings lend support for the traditional application of crude H. canadensis extracts in the prevention of infection.”

This last point confirms that whole powdered Goldenseal is preferable to berberine extract.

The fish had been infected with Aeromonas hydrophila, A. sobria, Pseudomonas fluorescens and Citobacter freundii – which combined to kill most of the fish that went untreated.

But among the fish given the Goldenseal, a full 87% of the fish survived – surpassing the 84% survival rate of the antibiotic medicines given to the other fish.

The research tested the growth of H1N1 influenza A virus among a variety of cell types, including human lung cells. They found that the application of an alcohol extract of goldenseal to the human cells infected with H1N1 virus stopped the growth of the virus. Goldenseal accomplished this by blocking the virus’ ability to alter and transfer DNA and other protein information – stopping its ability to replicate.

The active constituent believed by the researchers to be central in these effects is berberine, an isoquinoline alkaloid within Goldenseal. Goldenseal and berberine have been shown in other research to be significantly antibacterial.

“Taken together, our results suggest that berberine may indeed be useful for the treatment of infections with influenza A.”

A 2016 study from Brazil’s University of Ceara studied the ability of Berberine to inhibit the growth of Candida and other fungi that can infect the body. The researchers found in their laboratory tests that Berberine significantly inhibited the growth and killed off spores of multiple species of Candida and Cryptococcus neoformans fungi.

Another 2016 study from the University of North Carolina investigated goldenseal’s antifungal effects in the laboratory. They extracted 23 fungal endophytes from goldenseal roots. They found that out of the 11 metabolites from these, 5 contained antifungal properties.

This illustrated that part of goldenseal’s ability to repel fungi is based on its roots’ ability to protect the plant from invading fungi from the soil.

Goldenseal Contains Many Benefits And Constituents

This multiple effect ability of the Goldenseal herb – used for thousands of years among traditional doctors for a variety of infections and inflammatory conditions – is common among medicinal herbs. Most herbalists refer to this as the synergistic effect of the herb due to the fact that most herbs contain many – and some even hundreds – of active constituents.

This is illustrated by Goldenseal. In addition to berberine, Goldenseal contains tetrahydroberberastine, hydrastine, canadine, canalidine, berberastine and hydrastinine among other medicinal constituents. All of these and others have their own medicinal effects, along with the ability to buffer and balance the effects of other constituents.

This buffering feature of multiple constituents is believed by herbalists to be why natural herbs have so few adverse side effects.

Goldenseal is a natural supplement typically available as a raw powder or extract taken from any part of the plant, including the seeds, stems, leaves and root. The root is considered the most medicinal part of the plant, however. Its name is derived from the fact that it often has a golden yellow colour.

A 2014 study from the Peking Union Medical College has confirmed that Berberine from Goldenseal reduces inflammation and oxidation associated with diabetes.

And a 2013 study from India’s University of Kalyani found Goldenseal inhibited cancer growth among liver cells.

Note: Goldenseal should be used with caution, as it can stress the liver if too much is taken for too long. See your health professional if you take medications or have a compromised liver.