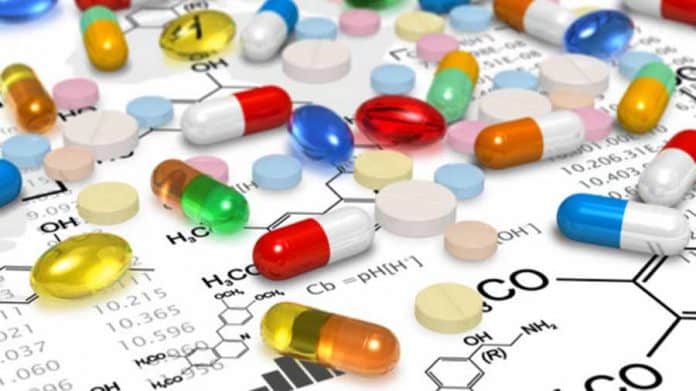 A new study in the journal “Cell Reports” has established that antibiotics strong enough to kill off gut bacteria also halt the growth of new brain cells located in the hippocampus — the region of the brain responsible for memory. “We found prolonged antibiotic treatment might impact brain function,” says senior author Susanne Asu Wolf of the Max-Delbrueck-Center for Molecular Medicine in Berlin, Germany. And the researchers think they know why — in short, a unique white blood cell that functions as a go-between for the brain, immune system and gut. The good news is the team also discovered two remedies which can reverse the damage.

How the Gut Affects Memory and Brain Health

In the study, the researchers gave mice enough antibiotics to nearly destroy all intestinal microbes. When compared to the control mice, those who lost their healthy bacteria performed worse in memory tests, and the production of new brain cells (neurogenesis) stopped within the hippocampus. “At the same time that the mice experienced memory and neurogenesis loss, the research team detected a lower level of white blood cells (specifically monocytes) marked with Ly6Chi in the brain, blood, and bone marrow. So researchers tested whether it was indeed the Ly6Chi monocytes behind the changes in neurogenesis and memory,” reports Science Daily.

The team ran a subsequent experiment, where they compared untreated mice to mice who had healthy gut bacteria, but low levels of Ly6Chi — either due to genetics or administered antibodies that destroy white blood cells. What they found is that mice with low Ly6Chi displayed the same memory and neurogenesis problems as the mice in the previous study who had lost gut bacteria. Moreover, when researchers replaced Ly6Chi into mice treated with antibiotics, their memory and neurogenesis improved. “For us it was impressive to find these Ly6Chi cells that travel from the periphery to the brain, and if there’s something wrong in the microbiome, Ly6Chi acts as a communicating cell,” said Wolf.

As luck would have it, the problematic side effects of antibiotics can be reversed. When mice were given probiotics or exercised on a wheel after receiving antibiotics, they regained their memory and neurogenesis. “The magnitude of the action of probiotics on Ly6Chi cells, neurogenesis, and cognition impressed me,” she said.

Interestingly, when the mice were given a faecal transplant (which helps to recolonise broad gut bacteria), the team did not see an improvement in brain cell health, as with the probiotic treatment.

“It was surprising that the normal faecal transplant recovered the broad gut bacteria, but did not recover neurogenesis,” said Wolf. “This might be a hint towards direct effects of antibiotics on neurogenesis without using the detour through the gut. To decipher this we might treat germ free mice without gut flora with antibiotics and see what is different.”

The findings of the study are yet another reason as to why antibiotics should be used judiciously — and reserved for only the most serious infections.

Excessive antibiotic use in general is problematic. The Centers for Disease Control (CDC) director Tom Frieden has warned of “nightmare bacteria” that have developed due to the overuse of antibiotics, resulting in strains which can cause fatal, untreatable infections. Some of the most dangerous antibiotic-resistant strains include: Clostridium difficile, Neisseria gonorrhoeae, methicillin-resistant Staphylococcus aureus (MRSA), drug-resistant Streptococcus pneumoniae and drug-resistant Mycobacterium tuberculosis. One of the more disturbing developments in recent years is NDM-1, otherwise known as “New Delhi metallo-beta-lactamase 1” — a bacterial gene that transfers “super-resistance” to conventional antibiotics. According to Dr. Joseph Mercola:

“This gene is carried by a rising number of bacteria and makes them virtually unstoppable. What makes NDM-1 such a force to be reckoned with is that it can easily be passed from one bacterium to another, like a kid sharing his lunch — turning your ordinary bacteria into superbacteria. NDM-1 has now reached 48 countries. In the US, the CDC identified 16 cases in 2012, and that number has already doubled for 2013. Another type of highly drug-resistant bacteria is KPC, or KlebsiellapneumoniaeCarbapenemase (KPC)-Producing bacteria. Both KPC and NDM-1 infections are highly lethal, causing death in about half of those diagnosed.”

The CDC stresses that antibiotics are useless for illness caused by viruses — like colds, influenza, most sore throats, bronchitis, and many sinus and ear infections. Regrettably, antibiotics have historically been prescribed by physicians for these ailments in an attempt to avoid secondary bacterial infections.

Furthermore, one of the most significant causes of antibiotic-resistant bacteria is their enormous overuse by the agricultural industry, where 24.6 million pounds of antibiotics are given to livestock each year.

Fortunately, there are plenty of effective alternatives that do not cause superbugs, such as garlic, oregano oil, colloidal silver and Manuka honey. It also pays to be proactive so that infections aren’t able to take hold in the first place. Camucamu berry, vitamin D, zinc, fermented foods and probiotics all help to keep immunity in top form.