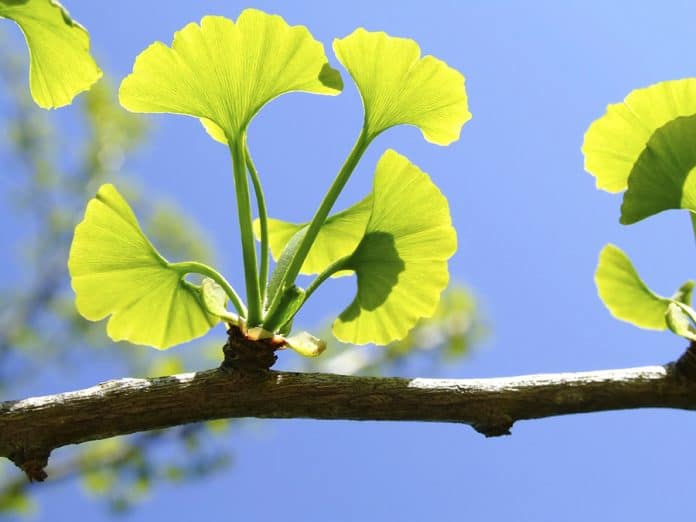 Ginkgo biloba has been utilised to treat brain and neurological conditions for centuries in traditional medicine. Now we find it can help children with ADHD.

Ginkgo’s ability to benefit children diagnosed with attention deficit/hyperactivity disorder (ADHD) has now been confirmed by multiple studies. Let’s discuss these and then how Gingko works.

Researchers from Germany’s University of Tübingen’s Center for Medicine, Society and Prevention tested a Ginkgo biloba extract called EGb761 on 20 children diagnosed with ADHD in an open clinical protocol. The children were given the Ginkgo extract for three to five weeks at a dosage of up to 240 milligrams. This maximum dosage was given to those children who did not have immediate effective responses to a lower dose over the initial period of three weeks.

The researchers utilised clinical assessments to rate the improvement in symptoms along with the Continuous Performance Test (Cue-CNV in the CPT) that tested the brain’s electrical activity among the children. The researchers also assessed the children with quality of life testing and the Side Effect Rating Scale.

Contingent negative variation (CNV) testing utilises magnetoencephalography (MEG) to measure the amplitudes of brain waves that correspond to attention and stimuli. These waves are thought to originate from the premotor cortex.

The researchers found that the Ginkgo extract improved ADHD symptoms among the children. This improvement corresponded with improved CNV results.

Ginkgo can also be taken adjunctively for ADHD

Research from the Isfahan University of Medical Science in Iran tested Ginkgo as an adjunct treatment to methylphenidate (Ritalin) In this double-blind, placebo-controlled study, the researchers tested 66 children between 6 and 12 years old who had been diagnosed with ADHD.

The researchers found that the children given the Ginkgo improved by 27 percent over the placebo group. The researchers used the ADHD Rating Scale-IV (ADHD-RS-IV) to assess the success of the adjunct therapy.

The group given the Ginkgo also had no additional side effects compared to the placebo group.

This same Ginkgo extract, EGb761 was studied a decade ago at Virginia’s Liberty University. Here researchers tested 262 elderly persons aged 60 or older who scored at least 26 on the Mini-Mental State Exam. For six weeks, half of the group was given 180 milligrams per day of the Ginkgo extract and the other half was given a placebo.

“Overall, the results from both objective, standardised, neuropsychological tests and a subjective, follow-up self-report questionnaire provided complementary evidence of the potential efficacy of Ginkgo bilobaEGb 761 in enhancing certain neuropsychological/memory processes of cognitively intact older adults, 60 years of age and over.”

Other studies since this have found similar results, specific to this same Ginkgo extract, EBg761. Its main active ingredients are thought to be its terpenoids, including several ginkgolides.

From other research it appears the mechanisms of Ginkgo are related to its blocking of the monoamine oxidase enzyme, involved in dopamine production – making it a MAO inhibitor. Ginkgo also appears to neutralise neuron-damaging free radicals. The blocking of monoamine-oxidase slows MPP+ (1-methyl-4-phenylpyridine) and inhibits 6-hydroxydopamine.

Ginkgo has also been shown to improve circulation. In particular, it is thought to improve blood flow to the brain. For this reason, Ginkgo is widely used to increase memory and cognition.

Ginkgo is an ancient plant species, and the Ginkgo tree has a long history of medicinal use. Extracts are typically derived from the leaves, but the seeds have also been cooked and used as food in some traditional diets.

The Ginkgo trees of Hiroshima were one of the few tree species to survive the nuclear blast.