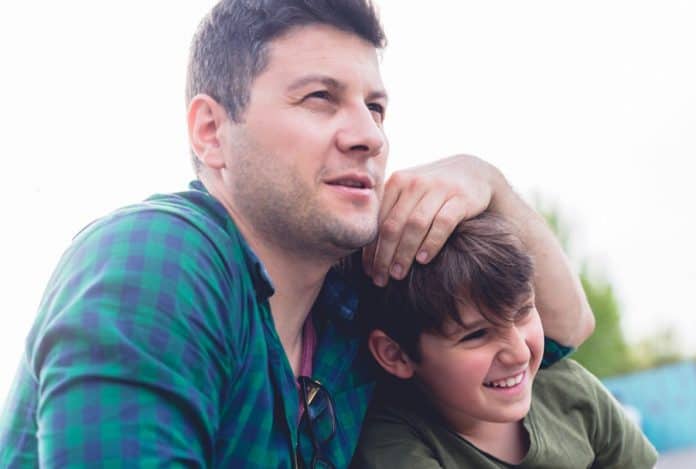 Parents can’t control all the messages their sons will inevitably receive from their peers, from the internet, and from the world about how to treat girls and women – messages that will probably tell them to treat girls like objects to pursue for clout from the other guys; to negatively judge girls who dress a certain way or who are sexually active; or to assume girls are the ones who handle all the family and household stuff. Parents can’t protect their sons from being inundated with these messages, but they can raise their boys with values that will equip them to challenge those messages as they start hearing them.

In his newly released book Respect: Everything a Guy Needs To Know About Sex, Love, and Consent, sex educator Inti Chavez Perez speaks directly to boys about how to navigate all facets of relationships and sexuality. In this excerpt, he outlines six key lessons for boys about respecting women. If you’re a parent to pre-teen or teenage sons, these are good ones to start emphasising as their social lives start to become more and more complex.

Respect Technique No. 1: Respect Yourself

As a guy you sometimes have to choose between being kind to others or gaining street cred from your friends. It’s a tough choice because no one wants to look like a wuss. But if you respect yourself, you don’t pretend to be a worse person than you actually are. It’s a kind of crime against yourself to be good deep down but shout things at girls, for example, in front of your friends. Above all, it’s no comfort to the girl if you’re good deep down but not showing it.

Behave in a way that you can be proud of. If you’re ever expected to be disrespectful, say what you think instead.

Many people will think it’s brave of you to say no, even if they don’t say so out loud. Once you’ve said what you think a few times, your friends will get used to it, and it won’t be a big thing anymore.

No one is allowed to touch you against your will or force you to have sex because only you can decide such matters regarding your body. It’s important that other people respect your ownership of your body, and it’s also important for you to respect other people’s bodies. You do this by not groping, rating physical appearance, or calling out things like “Nice ass!” when a girl walks by.

If you want to make contact with a girl because you’re interested, any other way is better than demeaning her!

If a friend gropes or verbally harasses a girl, you can stand up for her by asking your friend some questions. “Why did you do that?” “How do you think she feels when you do that?” “Would you want people to do that to your sister?” Asking questions means that your friend has to think, in which case you might win him over to your side.

If you’ve heard that a girl has slept with a lot of guys, don’t call her a slut. If she has slept with lots of people, so what? It’s her body, and it’s up to her what she does with it. No one else has the right to judge her. And all the things people say may not be true.

When someone is called a slut, you can show respect by not spreading rumours and by not agreeing that the girl is a slut.

If you yourself have made out or had sex with a girl, you also have a responsibility not to gossip about her afterwards. Simply don’t tell people the details of what you did and didn’t do. It’s something good that happened between the two of you. Don’t risk getting half the school involved, as they could destroy the whole experience for you.

Don’t stand in the way of a girl who wants to make her own decisions about love and sex. Also don’t snitch if you see a girl with a guy or at a party if you know that the girl’s family doesn’t allow it. It’s the girl’s life, and she has a right to live it however she wants.

You also have the right to live without being forced to keep control over others. Sometimes families try to force a son to control a sister, even though he doesn’t want to. In this case, it’s best to talk to your sister. Maybe you can both find a way to resolve the problem. In the best case, you can speak to your sister and then talk to your family. Then the family can find a solution, such as maintaining a facade for the relatives while letting everyone be free within the family.

Talk to an adult who can give you support—for example, someone trustworthy and wise at school or at a youth centre.

If it feels wrong to you that your sister has a love life or a sex life, maybe you need to change your attitude toward girls. If you don’t see girls as sluts, no one will be able to diss you by commenting on your sister.

Respect Technique No. 5: Listen and Give Space

Listen when others are talking. Listening is not just about letting the sound from the other person’s mouth go in through your ears. It’s about looking at the person and not rustling paper when the person is speaking, for example. If there’s something you want to add or something you think is wrong, you can have your say once the other person has finished speaking. Don’t interrupt.

Some people don’t tend to put themselves forward, despite maybe having a lot to say. This is particularly common among girls, who are brought up to be quiet. You can help a person to make themselves heard by inviting them to speak. All you have to do is ask a question like “What do you think?”

Don’t punish a person, for example, by laughing, if they get a question wrong. That might make them hesitant about occupying the space again.

Listening and including people can be done in different ways depending on the context. When you’re talking you can ask a question; when you’re playing soccer you can pass the ball. What other ways in your everyday life are there to listen and include people?

Girls are not servants who should clean and cook for guys. If you respect the equal value of women and men, you should share the chores equally.

If you have a sister and you notice your parents giving your sister more chores, you can ask them to give you the same amount to do. If that doesn’t work, help your sister. You could alternate so that every other time your parents tell your sister to empty the dishwasher, you can say, “No, I’ll do it instead.”

The same applies in other situations. Maybe your class is on a school trip and you’re staying at a youth hostel. On the last day, you have to make sure the cabin is clean. Typically in such situations, suddenly all the guys disappear and the girls are left to do all the cleaning themselves. Don’t be one of those guys. Volunteer to help with the work without anyone having to tell you.