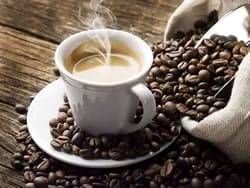 What do the Grand Canyon, Sistine Chapel, and gazing at distant stars all have in common?

They can awaken a deep appreciation for the world around us and inspire a profound sense of awe. This sensation is often accompanied by an awareness of something larger than ourselves—that we play a small part in an intricate cosmic dance that is life.

But is that experience strictly personal? New research from UC Berkeley and UC Irvine suggests that experiencing awe can actually prompt us to act more benevolently toward others. In other words, awe can help make the world a better place.

“For hundreds of years, people have talked about the importance of awe to human life and interpersonal relations,” says Paul Piff, an assistant professor of psychology and social behaviour at UC Irvine. “And just now we are beginning to devise tools for testing it and understanding it.”

Piff and his team conducted a series of experiments to investigate the types of experiences that inspire awe, how awe facilitates positive behaviour towards others, and how these effects are distinct from those of other pro-social emotions.

In the first study, participants were asked to rate the frequency at which they generally feel awe, and then asked to complete a test that measured generous behaviour.

The results showed that those who experienced more awe tended to behave more generously, even after accounting for other positive emotions such as compassion or love.

However, while this finding was highly encouraging, the team had yet to prove that awe directly led to positive behaviour towards others.

In a second study, participants recalled a time they felt awe—such as the view from a mountaintop or a brilliant ocean sunset—and then were asked to complete an ethical decision-making task.

Once again, those who experienced awe demonstrated significantly more ethical behaviour as compared to those who recalled other emotions such as pride.

Participants consistently reported that awe produced “a reduced sense of self-importance relative to something larger and more powerful that they felt connected to,” says Piff. And subsequent analysis confirmed that this feeling of the “small self” was responsible for their ethical behaviour. This seems to suggest that experiencing awe prompts people to help others.

Yet another experiment exposed different groups to an awe-inspiring nature video such as Planet Earth, a funny animal video, or a neutral video. Once again, people who experienced awe reported a feeling of a “small self” which triggered more generous behaviour.

And these effects were shown to be applicable outside the lab, as well.

After gazing up at a grove of towering eucalyptus trees for one full minute, participants were more helpful when a researcher “accidentally” dropped a box of pens on the ground than those who just stared at a large building.

But does awe continue to have its beneficial effects on social behaviour even if the stimulus is threatening or isn’t associated with nature at all? Indeed, after exposure to videos of threatening natural disasters (e.g. volcanoes) or beautiful close-up slow motion footage of coloured drops of water, participants also showed a greater tendency toward fairness when distributing resources between themselves and another individual.

“Even these minute droplets remind you of the intricacy and complexity of the natural world, and in so doing brings about feelings of awe and the small self,” says Piff. “And that is one of the remarkable qualities of awe. You don’t have to climb a huge mountain and take in a grand view to feel it.”

Piff is now investigating whether awe can spread between people, the degree to which these positive effects are seen in those who vicariously experience awe, and if these effects apply universally across cultures.

“When people experience awe they really want to share that experience with other people, suggesting that it has this particularly viral component to it,” says Piff. “Maybe this is yet another way that awe binds people together—by causing people to want to share their positive experiences collectively with one another.”