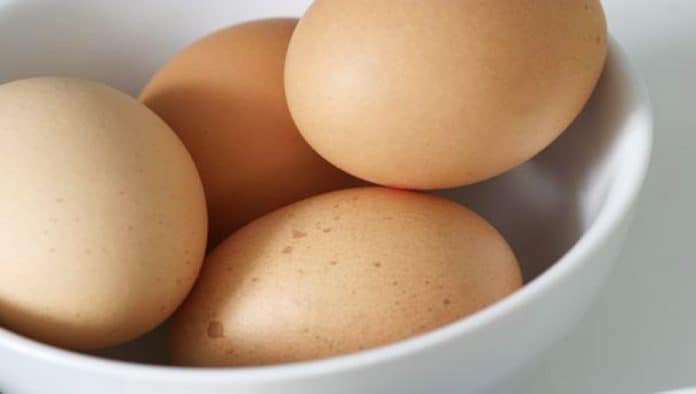 80% of the caffeine in the world is consumed as coffee. Prospective studies of men and caffeine use showed a strong inverse association between coffee drinking and depression, with no association for tea or cola. This piece of epidemiology comes from the Nurses’ Health Study which was published in the Archives of Internal Medicine in 2011: Coffee, Caffeine, and Risk of Depression Among Women. So the more the merrier, but forget those weaker brews.

They’re a great alternative to standard spuds as they are rich in folate, plus they are better than white potatoes at keeping blood sugar levels steady. And since folate contributes to the production of serotonin, it may help ward off depression and improve mood. In addition, vitamin B6 helps create dopamine, a mood neurotransmitter that may help combat PMS.

The brain is loaded with receptors for capsaicin. We also know that our brains respond to the heat of capsaicin by releasing endorphins, natural compounds that are related to morphine and have a calming effect.

Peas and beans are good sources of magnesium, a mineral that plays a core role in your body’s energy production. The National Institutes of Health (NIH) lists magnesium as being necessary for more than 300 biochemical reactions in the body.

If you’re more a salad type than a carnivore, spinach is one of your best go-to sources for iron, which helps deliver energy-sustaining oxygen to your cells. It wards off fatigue and aids concentration. It’s also a good source of vitamin B6 and folate, which support the brain’s ability to produce mood-boosting neurotransmitters, such as serotonin.

These super fruits help stave off brain ageing that can lead to slower thought processing. Thank the anthocyanins (antioxidants that give berries their hue); as these substances may work with other compounds in the fruit to block enzymes that short-circuit normal communication between brain cells. Since each type of berry has its own mix of phytochemicals, go for a variety.

They’re one of the best sources of the mood-boosting mineral selenium, which can ward off low mood and anxiety.

While the rind is bitter, it contains a lot of citrulline, a nutrient that relaxes blood vessels by activating the same mechanism as the impotency drug Viagra. This compound also helps the brain get rid of the metabolic waste product ammonia, which can damage neurons. The red flesh of watermelon is bursting with the powerful antioxidant lycopene, much more so actually than the tomato. Studies show you can boost the levels of this important nutrient by up to 40 percent (and beta-carotene by 150 percent) by letting it sit outside the refrigerator at room temperature for several days.

Even if you’re not a guacamole fan, this green fruit can bring you happiness. Avocadoes contain serotonin, a type of feel-good neurotransmitter in the brain. They’re bursting with depression-fighting folate, mood-lifting tryptophan and stress relieving vitamin B6.

Step away from the white rice and breads, which can cause blood-sugar crashes that leave you dragging. A better substitute? Quinoa. Quinoa is a complex carbohydrate but also a complete protein that can give you a steady stream of energy. Quinoa is one of the rare plant-based foods that contains all nine of the essential amino acids that your body can’t make itself.

Beetroot is one of the best sources of the B vitamin folate that is crucial for good mood, memory retrieval, processing speed, and lightning reflexes. Beetroot is also packed with betaine, which our brain uses to form SAM-e, a natural antidepressant. Uridine, another important nutrient found in these root vegetables, stimulates the production of phosphotidylcholine, a building block of the brain’s synaptic connections, which helps to increase the processing power of the mind. A combination of uridine and omega-3s is as effective as prescription antidepressants in animal studies, and trials of uridine combined with omega-3s are being studied in the treatment of bipolar disorder by Harvard University.

Egss, especially raw, contain a beneficial blend of omega-3 fatty acids, zinc, B vitamins, and iodide, nutrients that work together to battle fatigue and reverse bad moods. They’re a great source of zinc, which helps you to feel more alert and energised by regulating your metabolism and blood sugar levels.

Walnuts are one of the richest dietary sources of serotonin. Providing new evidence that serotonin may be directly absorbed from food into the body, a recent Spanish study found that those who ate a daily 1-ounce combo of walnuts, hazelnuts, and almonds had more of this feel-good substance than a nut-free group.

Bananas can balance hunger and mood between meal energy slumps as they help to stabilise blood sugar levels. The fruit’s high vitamin B6 content can help relieve anxiety and stress, and it’s also a great source of tryptophan -the essential amino acid the brain converts into the happiness hormone serotonin.

The active ingredient allium in garlic, promotes healthy arteries and ensures proper blood flow to the brain. They relax your blood vessels and decrease blood pressure, which prevents small strokes in the brain, a major cause of depression and dementia later in life. But more than that, garlic influences the uptake of tryptophan, the precursor to the important neurotransmitter serotonin. It also enhances the release of the neurotransmitter norepinephrine.