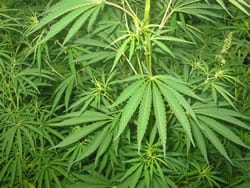 Many testing methodologies for cannabis are now significant due to the amount of fake and toxic weed on the market. More agencies are responsible for knowing how safe cannabis is when used for our health purposes. The answer is “very safe” as long as it’s pure. The experience of recreational users gives us some information, but we must understand safety issues in patients who have diseases like high blood pressure or diabetes so they can safely consume cannabis without impurities tainting a therapeutic approach that is far more effective than any drug in existence.

Drug companies are now routinely grinding up pure Cannabis Sativa and creating synthetic versions of delta-9-tetrahydrocannabinol or synthetic ajulemic acid (AjA) and combining it with gelatin, glycerin, iron-coloured oxides, titanium dioxide and marketing this drug to doctors and hospitals under the name of marinol. However, it doesn’t seem to interact with brain cells in the same way as the plant form, and although it generates no “high”, the molecular mimic of THC does not appear to be as effective as the real thing.

Although the medical benefits of cannabis are suppressed by the pharmaceutical industry that fears its powerful therapeutic properties, this hasn’t stopped users of medical cannabis from relieving chronic ailments, including cancer and post-traumatic stress disorder to combat pain, insomnia, lack of appetite, and other symptoms. the proven benefits of cannabis clearly indicate it is one of the most significant healing plants on Earth.

In another blow and contradiction to mainstream scientific claims which consistently report that Cannabis causes brain damage, a recent study shows the opposite. Research published in the journals Behavioural Brain Research and Experimental Brain Research demonstrated that even extremely low doses of THC (cannabis’ psychoactive component) — around 1,000 to 10,000 times less than that in a conventional cannabis cigarette — can jumpstart biochemical processes which protect brain cells and preserve cognitive function.

In fact, low doses of THC protect the brain both before and after injury, say researchers from Tel Aviv University (TAU).

Dozens of studies have made pseudoscientific attempts to indicate that young people who use cannabis tend to experience psychological problems, mental decline, neurological damage and even schizophrenia. However, there is no evidence that cannabis use is directly linked with such problems, according to a previous study published in The Lancet.

Prof. Yosef Sarne of Tel Aviv University’s Adelson Center for the Biology of Addictive Diseases at the Sackler Faculty of Medicine says that the drug has neuroprotective qualities as well. He has found that extremely low doses of THC — the psychoactive component of cannabis — protects the brain from long-term cognitive damage in the wake of injury from hypoxia (lack of oxygen), seizures, or toxic drugs. Brain damage can have consequences ranging from mild cognitive deficits to severe neurological damage.

Previous studies focused on injecting high doses of THC within a very short time frame — approximately 30 minutes — before or after injury. Prof. Sarne’s current research, published in the journals Behavioural Brain Research and Experimental Brain Research, demonstrates that even extremely low doses of THC — around 1,000 to 10,000 times less than that in a conventional cannabis cigarette — administered over a wide window of 1 to 7 days before or 1 to 3 days after injury can jumpstart biochemical processes which protect brain cells and preserve cognitive function over time.

Why raw? Heat destroys certain enzymes and nutrients in plants. Incorporating raw cannabis allows for a greater availability of those elements. Those who require large amounts of cannabinoids without the psychoactive effects need to look no further than raw cannabis. In this capacity, it can be used at 60 times more tolerance than if it were heated.

As more research continues on the effectiveness of THC from pure sources especially in low doses, more scientists are discovering the therapeutic powerhouse that cannabis provides.