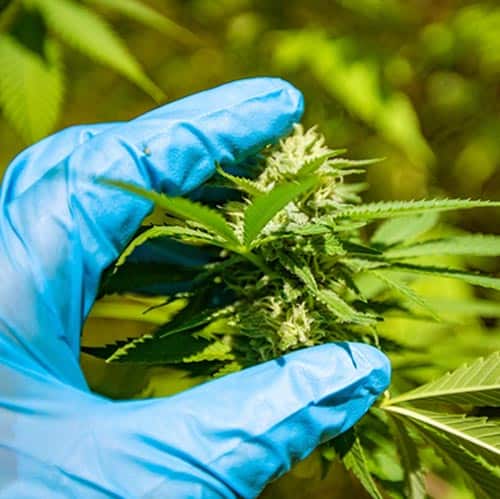 There’s a good chance you’re already familiar with plant-derived CBD; but while the phytocannabinoid CBD has many healthy properties and interaction with the extensive endocannabinoid system. it’s certainly not the only compound you should have on your radar. Cannabinol, or CBN, is another one with some potential benefits you’ll want to know about.

What is CBN?
For starters, let’s go over some basic info on CBN. Dave Gordon, M.D., owner of 4 Pillars Health & Wellness, explains that CBN is a plant-derived compound, like cannabidiol (CBD) and over 100 other cannabinoids found in a full-spectrum hemp oil or extract product. However, it’s unique in the way it gets formed.

CBN is formed after the Cannabis sativa (cannabis) plant is harvested as a degradation product of THC. When THC is exposed to excessive amounts of heat and light (aka oxidation), it turns into a unique metabolite: CBN.

Unlike THC, however, CBN does not have psychoactive effects.

June Chin, D.O., an integrative doctor who specialises in Cannabis sativa and health, adds that CBN is most prominent in old, dried cannabis flowers.

CBN was actually the first phytocannabinoid to be isolated from Indian hemp in 1896, decades before the discovery of CBD. To-date, CBN has been studied to a much lesser extent than CBD, but no doubt we’ll continue to learn more about its potential benefits as additional studies are carried out.

“One way of looking at it is that all the cannabinoids are like siblings living in the same house. Even though CBD has received the most media attention over the last decade, it doesn’t mean that the other siblings (like CBN) are not as cool and worthy,” says integrative health pharmacist and cannabis educator Swathi Varanasi, PharmD.

What Are The Similarities And Differences Between CBN And CBD?

As mentioned above, CBD and CBN are both cannabinoids found in the cannabis plant and Varanasi highlights that both are “non-intoxicating substances, meaning they will not make you feel ‘high’ or alter your mind.”

They have also been shown to have some similar actions (via interactions with key cannabinoid receptors in the endocannabinoid system) and benefits in preliminary research, Gordon explains, and both seem to help support a sense of relaxation and a balanced inflammatory response.

While CBD and CBN may have some similar effects, they are still very different phytochemical compounds. Smita Patel, D.O., FAAMS, neurologist, sleep specialist, and medical director at iNeuro Institute, explains: “CBD is usually the second most common cannabinoid in a cannabis plant. Manufacturers can breed cannabis plants to have a higher amount of CBD, but they can’t directly adjust the amount of CBN in a plant since it’s created from the breakdown of THC – exposing THC to heat can speed up the breakdown of THC into CBN.”

Clinical research shows that CBD can be helpful for easing stress and anxiousness, improving resilience, and supporting a positive mood. Patel adds that CBN can’t quite compete (just yet) with the list of science-backed benefits CBD is thought to have.

How Does CBN Affect The Body?

Cannabinoid receptor 1 (CB1) and 2 (CB2) are the most studied receptors in this system. The way different cannabinoids bind with these receptors has a big impact on their effect; for example, when CBD interacts with the CB1 receptor, it seems to lead to feelings of relaxation.

While studies are still very preliminary, Gordon highlights that CBN does interact with the primary CB1 cannabinoid receptor but gently. “It binds slightly better to the CB2 receptor,” he adds, “but still at relatively low potency. There are likely other interactions within the endocannabinoid system – although those haven’t been demonstrated well yet.”

What Are The Benefits of CBN?

There are a few purported benefits of CBN, although it’s again important to highlight that experiments in humans are limited and have shown rather inconsistent effects.

The main impact of CBN seems to be on sleep. One randomised controlled trial published in 2021 revealed that products containing CBN had a beneficial impact on sleep quality. Varanasi makes the point that THC is the most well-known cannabinoid for sleep, and since CBN is a by-product of the oxidation of THC, it is “no wonder that CBN is also demonstrating an ability to improve sleep quantity and sleep quality – even at low doses.”

2. It has antioxidant properties.

Beyond sleep, there is also some preliminary research showing CBN might work as an antioxidant – a molecule that neutralises free radicals in the body. While it’s too early to say anything definitive about CBN’s benefits, Gordon notes that its use is consistently very well tolerated.

Which should I use to help with stress?

If you’re feeling stressed, you may be wondering if CBN is a worthy candidate to help. “When comparing CBD and CBN as a single molecule, the data is overwhelmingly in favour of CBD being a more potent and effective agent. This is true for a variety of issues including stress and relaxation,” Gordon says, adding that CBN could possibly help with stress through its limited effects on the CB1 receptor.

So while more human research is needed, Dani Gordon, M.D., a U.K.-based double board-certified medical doctor and author of The CBD Bible, says CBN is likely more helpful for promoting calm when it’s paired with other cannabinoids in a full-spectrum hemp product.

Full-spectrum products contain the entire array of all the plant compounds found in a cannabis plant. They are all thought to work together synergistically, combining to enhance the product’s overall benefits – including relaxation and stress relief.

While CBD is the most well-known cannabinoid, it’s important to familiarise yourself with the entire array of cannabis plant compounds to get a sense of how they work together synergistically. When consumed in a full-spectrum product, CBN is one compound that seems to lend a little help in the sleep department. And who couldn’t use that?