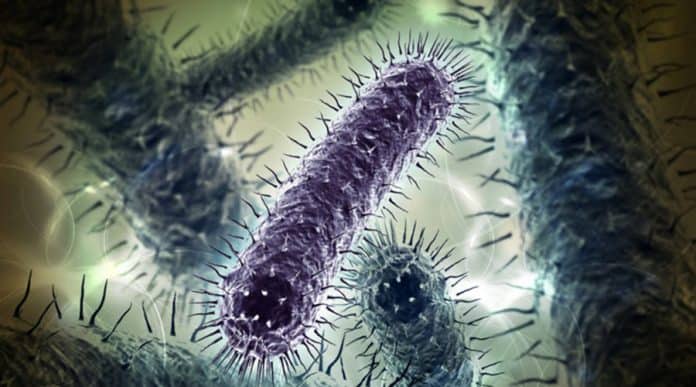 Trillions of bacteria live in your gut, influencing your body’s homeostasis daily. Far from being restricted to the confines of your intestinal tract, your gut microbiota is intricately tied to other body systems via a number of complex pathways, including the gut-brain axis and a recently revealed gut-brain-bone marrow axis, the latter of which may influence your blood pressure, mood and more.

It’s becoming increasingly clear that your brain, your immune system and your gut microbes are intricately linked, so it’s not a stretch to add bone marrow to the list of connections. Immune cells stem from bone marrow, and bone marrow inflammation, which may result from high blood pressure, and is known to be caused by a signal from the brain. In a study published in the journal Frontiers in Physiology, researchers further revealed that immune cells in bone marrow play an important role in signalling between the brain and gut.

In an animal study, researchers replaced natural bone marrow in mice with bone marrow cells from genetically engineered (GE) mice. The marrow had been modified to be deficient in adrenergic receptor beta, making it less responsive to messages from the brain.

“In this way,” researchers wrote in The Conversation, “we could investigate how the host brain-immune communication modified gut microbiota. Indeed, by studying this new mouse model, we determined that our nervous system — directed by our brain — can modify the composition of gut microbiota by communicating directly with the bone marrow immune cells. The brain, therefore, can change our gut microbiota indirectly by talking to the bone.”

In short, when bone marrow was less able to communicate with the brain, a “muted inflammatory response” was observed in the gut, which in turn led to a more diverse (i.e., healthier) microbiome. The study shed light on one of the complex ways your gut health may be implicated in that of your heart and brain, with researchers noting:

“In the context of cardiovascular disease, this muted inflammatory response appears to be beneficial, as it leads to the beneficial lowering of blood pressure in our experimental mice.

Most interestingly, a link between gut microbiota and our mental health has recently become clearer. In particular, some have suggested that gut microbiota influence the stress and anxiety pathways in the brain in a way that can alter mood and behaviour both positively and negatively, giving a whole new meaning to the term ‘gut feeling.’”

The results were surprising in that the rats treated with hypertensive microbiota developed high blood pressure, while the transplantation of normal microbiota led to only a slight reduction in blood pressure among the hypertensive rats. “We conclude that gut dysbiosis can directly affect SBP [systolic blood pressure],” the researchers wrote, adding that manipulating gut microbiota, such as via the use of probiotics or eating fermented foods, may be an “innovative treatment for hypertension.”

It appeared that at least 100 billion colony-forming units of probiotics a day were necessary to trigger such improvements, and the benefit was only seen in those who consumed probiotics for eight weeks or more. In 2015 meanwhile, certain gut microbes, namely firmicutes and bacteroidetes, were associated with increased blood pressure in rats.

“Products of the fermentation of nutrients by gut microbiota can influence blood pressure by regulating the expenditure of energy, the intestinal metabolism of catecholamines, and gastrointestinal and renal ion transport, and thus, salt sensitivity,” according to research published in the journal Current Opinion in Nephrology and Hypertension.

The addition of beneficial microbes has been found to benefit people struggling with serious gut diseases, including necrotising enterocolitis (NEC), which often occurs in premature infants and can be fatal. An Australian study revealed that probiotic supplementation significantly reduced NEC risk and mortality in preterm neonates, lowering the incidence of NEC in premature babies by at least 30 percent.

Probiotics have also been found to benefit irritable bowel syndrome (IBS), of which disturbances in the gut microbiota are often seen. Compared to placebo, probiotic therapy was found to reduce pain and symptom severity among people with IBS, and probiotics are also known to prevent antibiotic-associated diarrhoea in children.

On the mental front, a small study involving adults diagnosed with IBS and depression found the probiotic Bifidobacterium longum provided depression relief. At six weeks, 64 percent of the treatment group had reduced depression scores compared to 32 percent of the control group that received a placebo.

Those receiving the probiotic also reported fewer symptoms of IBS and an improved overall quality of life. At the end of 10 weeks, approximately twice as many in the treatment group were still reporting lower levels of depression.

Interestingly, functional MRI scans revealed a link between reductions in depression score and actual changes in brain activity, specifically in areas involved in mood regulation such as the amygdala. As noted by Dr. Roger McIntyre, professor of psychiatry and pharmacology at the University of Toronto, who was not involved in the study:

“We know that one part of the brain, the amygdala, tends to be red-hot in people with depression, and it seemed to cool down with this intervention. It provides more scientific believability that something in the brain, at a very biological level, seems to be affected by this probiotic.”

Are Personalised Probiotics the Answer?

As to which strains of probiotic are best, the answer may be harder to come by. Emma Allen-Vercoe, a microbiologist at the University of Guelph in Ontario, told Scientific American, “Bacterial strains are so genetically different from one another, and everybody has a different gut microbiota … There will probably never be a one-size-fits-all probiotic.”

Studies suggest for instance, that some people may benefit more from probiotics than others if they’re “low” in a certain variety that is then added to their diet. As Scientific American reported:

“In other words, their gut ecosystems had a vacancy that the probiotic filled. That is exactly the kind of insight that clinicians need to create and recommend more effective probiotics. If a doctor knows that an individual with severe diarrhoea has an undersized population of a particular beneficial microbe, for example, then prescribing the missing strain should increase the chance of a successful treatment.”

Other research has looked into the benefits of certain strains of bacteria, such as Bifidobacteria, which tend to be abundant in babies’ intestines but typically make up less than 10 percent of the gut microbiome bacteria in adults. Low levels of Bifidobacteria in turn, are linked to chronic diseases like coeliac disease, diabetes, allergic asthma and even obesity, while supplementing with them has been found to benefit IBS, inflammatory bowel disease, chronic fatigue syndrome, psoriasis, depression and more.

Another type of bacteria, lactobacillus, has been shown to reduce anxiety in animal studies, while taking a probiotic with eight different bacterial strains reduced aggressive and ruminative thoughts in a study of adult volunteers.

The Lectin Connection and How Leaky Gut Can Destroy Your Health

It’s important to be aware that gut dysbiosis, also known as leaky gut, is not only a major gut disrupter linked to digestive disorders, but may also contribute to other chronic diseases such as Alzheimer’s and possibly cancer. If your gut is leaky, your blood-brain barrier is also leaky, which means toxins can go right into your brain, affecting your cognitive and mental health.

Further, leaky gut can be triggered by a number of factors, including imbalanced gut microbiota that result from dietary factors, such as the consumption of sugar as well as lectins. This latter component is very important. Lectins are plant proteins, sometimes called sticky proteins or glycan-binding proteins, because they seek out and bind to certain sugar molecules on the surface of cells. There are many types of lectins, and the main difference between them is the type of sugar each prefers and binds to.

Some — including wheat germ agglutinin (WGA), found in wheat and other grass-family seeds — bind to specific receptor sites on your intestinal mucosal cells and interfere with the absorption of nutrients across your intestinal wall.

As such, they act as “antinutrients,” and can have a detrimental effect on your gut microbiome by shifting the balance of your bacterial flora — a common precursor to leaky gut. Dr. Steven Gundry, author of The Plant Paradox: The Hidden Dangers in ‘Healthy’ Foods That Cause Disease and Weight Gain, makes a strong case for a lectin-free diet, stating:

“Our microbiome is, I think, our early warning system, because about 99 percent of all the genes that make up [the human body] are actually non-human, they’re bacterial, viral and fungal … [from which] we’ve uploaded most of the information about interacting with our environment … because the microbiome is capable of almost instantaneous changing and information processing that we actually don’t have the ability to do.

We’re beginning to realise … that the microbiome is not only how we interact with plant materials … like lectins, but probably more importantly, our microbiome teaches our immune system whether a particular plant compound is a friend or foe [based on] how long we’ve known that plant compound. There are lectins in everything.

From an evolutionary perspective, if you look at modern foods — say the grains and the beans, which we started interacting with 10,000 years ago, which is a blink of time — our microbiome [regards them as] foreign substances … [T]here’s no lectin speed-dating in evolution.”

In addition, according to Gundry, glyphosate, which is not only sprayed on GE crops via Roundup but also is used to desiccate wheat in the U.S., is also highly problematic, decimating your microbiome and increasing leaky gut. It’s yet another reason to eat organic as much as possible.

To learn more, I highly recommend picking up a copy of “The Plant Paradox,” especially if you’ve already cleaned up your diet and still struggle with excess weight and/or health problems. Certainly, anyone with an autoimmune disorder would also be wise to take a closer look at lectins.

How to Support a Healthy Microbiota

Supporting your microbiome isn’t very complicated, but you do need to take proactive steps to encourage its health while avoiding factors known to cause harm. In addition to the lectin information above, consider the following recommendations to optimise the health of your microbiome: