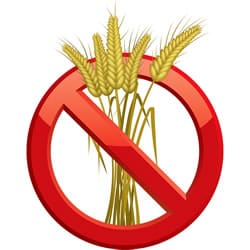 If listening to your body has led you to identify gluten as a health problem and you feel better after removing it, it is probably a very good choice. A study just out adds to an already extensive body of research that the rapidly expanding gluten-free movement is not a fad as critics claim.

The gluten-free (GF) movement has taken on powerful momentum in the past few years, with GF-labelled products estimated to balloon to about 7 billion dollars globally by 2019. And so, with any popular dietary pattern promising beneficial changes in health and wellbeing (as well as challenging both centuries old beliefs in the value of wheat and their producer’s and manufacturer’s bottom line) the growing popularity and perceived health benefits of the GF diet is destined to cause controversy and backlash, as evidenced by recent mainstream reporting:

• Eat More Gluten: The Diet Must Be A Fad (Time.com)
• Backlash has begun against gluten free dieters (Washingtonpost.com)
• The dangers of going gluten-free (Macleans.ca)

A new study, however, provides sound evidence that one does not need to have classically defined coeliac disease (i.e. validated by HLA DQ2/8 gene tests and intestinal biopsy) in order to benefit from going gluten-free. In fact, this is why the gluten-free movement is so popular: most people who opt out of eating gluten feel better when they abstain.. But medical professionals, wheat industry spokespersons and others who advocate for natural, evidence-based alternatives like Dr.
Greger, think the case against eating wheat is overblown, if not downright fraudulent.

What The New Gluten Study Revealed

The new study published in the journal Clinical Gastroenterology and Hepatology entitled, Small Amounts of Gluten in Subjects with Suspected Non-coeliac Gluten Sensitivity: a Randomized, Double-Blind, Placebo-Controlled, Cross-Over Trial, aimed to add insight into the “debate over the existence of non-coeliac gluten sensitivity (NCGS) -intestinal and extra-intestinal symptoms in response to ingestion of gluten-containing foods by people without coeliac disease or wheat allergy.”

An Italian group of researchers conducted a randomized, double-blind, placebo-controlled, cross-over trial to determine the effects of the administration of low doses of gluten to subjects with suspected non-coeliac gluten sensitivity.

The study method was described as follows:

“We enrolled 61 adults without coeliac disease or wheat allergy who believed ingestion of gluten-containing food to be the cause of their intestinal and extra-intestinal symptoms. Participants were randomly assigned to groups and given either 4.375 g/day gluten or rice starch (placebo) for 1 week, each via gastro-soluble capsules. After a 1 week of being on a gluten-free diet, participants crossed over to the other group. The primary outcome was the change in overall (intestinal and extra-intestinal) symptoms, determined by established scoring systems between gluten and placebo intake. A secondary outcome was the change in individual symptom scores between gluten vs placebo.”

“According to the per-protocol analysis of data from the 59 patients who completed the trial, intake of gluten significantly increased overall symptoms compared with placebo (P=.034). Abdominal bloating (P=.040) and pain (P=.047), among the intestinal symptoms, and foggy mind (P=.019), depression (P=.020), and aphthous stomatitis (P=.025), among the extra-intestinal symptoms, were significantly more severe when subjects received gluten than placebo.”

“In a cross-over trial of subjects with suspected NCGS, the severity of overall symptoms increased significantly during 1 week of intake of small amount of gluten, compared with placebo.”

If you have followed our work on Greenmedinfo.com related to wheat, first with my essay ‘The Dark Side of Wheat,” and second with the ongoing research indexing project to ascertain signals in the accumulating data on wheat and gluten consumption and its adverse effects, we have identified over 200 adverse health issues related to wheat and/or its components (e.g. gluten, wheat lectin), only a small portion of which are specific to those with classical coeliac disease.

What this means is that the weight of evidence argues for a precautionary approach to including this grain in the diet. The truth is: gluten-free options today abound, and the point is to do more than just substitute out gluten-containing foods for others containing processed non-gluten containing grains.

Look to the ancestral diet – which is largely if not entirely grain free – for deeper guidance. This approach, which is highly bio-individualised, focuses on foods your ancestors would have hunted or foraged long before the advent of agrarian civilizations approximately 10,000 years ago, none of which included cooked grains (seeds) from the cereal grasses as a source of food, or animal husbandry related products such as cow’s milk and cheese.