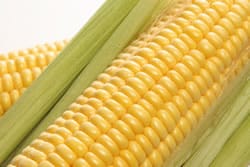 Do you or a loved one suffer from gluten sensitivity? You may be wondering why you react to gluten now even though you never did in the past. You may be wondering why a gluten-free diet has helped, but has not completely resolved your symptoms. If you are on a quest to find all of the pieces to the gluten puzzle, the following information is for you.

In a report just released by the Institute for Responsible Technology, a team of experts proposes a possible link between genetically modified organisms (GMOs) and gluten-related disorders. The analysis is based on the US Department of Agriculture data, Environmental Protection Act records, medical journal reviews, and international research.

Gluten sensitivity is currently estimated to affect as many as 18 million Americans. Reactions to gluten, a protein found in wheat, rye, and barley, are becoming increasingly common. Gluten sensitivity can range in severity from mild discomfort, such as gas and bloating, to coeliac disease, a serious autoimmune condition that can, if undiagnosed, result in a 4-fold increase in risk of death. Genetics alone cannot explain the rapid rise in gluten-related disorders, and experts believe that there must be an environmental trigger. There continues to be much debate about what that environmental trigger may be.

Some assert that a higher gluten content of modern wheat is to blame for the rising prevalence of gluten-related disorders. But a 2013 review of data commissioned by the United States Department of Agriculture found no evidence to support this. Others blame increased consumption of wheat overall, age of wheat introduction, caesarean birth, breastfeeding duration, or alterations in intestinal microflora. All of these do offer some explanation, but they cannot completely account for the drastic increase in gluten sensitivities that we have seen in recent years.

Another possible environmental trigger may be the introduction of genetically modified organisms (GMOs) to the American food supply, which occurred in the mid-1990s. GMOs are created by a laboratory process that transfers genetic material into the DNA of an organism. There are nine genetically modified (GM) food crops currently on the market: soy, corn, cotton (oil), canola (oil), sugar from sugar beets, zucchini, yellow squash, Hawaiian papaya, and alfalfa. Notice that wheat is not one of these. Although wheat has been hybridized through natural breeding techniques over the years, it is not in fact a GMO.

Most GM crops are engineered to tolerate a weed killer called RoundupÂ®, whose active ingredient is glyphosate. These crops, known as Roundup-Ready crops, accumulate high levels of glyphosate that remain in the food. Corn and cotton varieties are also engineered to produce an insecticide called Bt-toxin. The Bt-toxin is produced in every cell of genetically engineered corn and ends up in corn chips, corn tortillas, and other ingredients derived from corn. A recent analysis of research suggests that Bt-toxin, glyphosate, and other components of GMOs, are linked to five conditions that may either initiate or exacerbate gluten-related disorders:

Gluten-related disorders are commonly accompanied by and possibly triggered by intestinal permeability, which is commonly referred to as “leaky gut.” Leaky gut occurs when gaps form between intestinal cells and large particles from the digestive tract enter the bloodstream, potentially triggering immune or allergic reactions.

The Bt-toxin produced by genetically modified corn kills insects by punching holes in their digestive tracts, and a 2012 study confirmed that it punctures holes in human cells as well.

Bt-toxin is present in every kernel of Bt corn, survives human digestion, and has been detected in the blood of 93% of pregnant women tested and 80% of their unborn fetuses. This “hole-punching toxin” may be a critical piece of the puzzle in understanding gluten-related disorders.

Gluten-sensitive individuals, and especially those with coeliac disease, also commonly have an imbalance in their gut flora. The reason that coesarean section increases risk, and breastfeeding decreases risk for gluten sensitivity is likely due to their respective effects on microbial balance in the infant’s gut. Glyphosate used on GM crops is not only a herbicide, but also a potent antibiotic.
Even with minimal exposure, glyphosate can significantly reduce the population of beneficial gut bacteria and promote the overgrowth of harmful strains.

An overgrowth of harmful bacteria can promote inflammation, leaky gut, and immune reactions, all of which are linked to gluten-related disorders.

Many people do not develop reactivity to gluten until later in life, which supports the notion that it can be triggered by environmental factors. The only study to-date that has been able to effectively trigger an immunological shift to gluten sensitivity was conducted in mice in 2011. The study showed that retinoic acid, a metabolite of vitamin A, activated a specific immune response to gluten under inflammatory conditions in the gut. It turns out that glyphosate, the primary herbicide used on GM crops, increases retinoic acid activity.

Bt-toxin may also activate the immune system. When mice were exposed to Bt-toxin, they not only mounted an immune response to it directly, but they subsequently reacted to foods that had not formerly triggered a response. There was something about the Bt-toxin that primed the immune system to become reactive to other, once benign, foods. If humans exposed to Bt-toxin react in a similar manner, eating GM corn could directly lead to the development of gluten or other food sensitivities.

Decreased digestive enzymes can create undigested food particles, contribute to the overgrowth of harmful bacteria, and promote symptoms of gluten-related disorders. Studies of mice eating Roundup Ready soy and fish exposed to glyphosate show that these compounds reduce digestive enzymes. All soybeans contain trypsin inhibitor, which blocks an important enzyme needed to digest protein, but Roundup ReadyÂ® soybeans contain as much as seven times more than non-GMO soy. The results of these studies suggest that genetically engineered foods may lead to serious digestive compromise.

Damage to the intestinal wall

A common result of gluten sensitivity is damage to the lining of the intestinal tract. Coeliac disease results in flattening of the microvilli lining the walls of the intestine. Both Bt-toxin and glyphosate have produced structural damage to microvilli in animal studies; animals exposed to these substances developed microvilli that were broken off, discontinuous, or shortened.

Stay Away from GMOs

A clear explanation for the rising rate of gluten-related disorders remains elusive. Multiple factors interact, with no clear or original cause. But genetically modified foods and their primary chemical residue, glyphosate, may be an important piece of the puzzle. Whether GMOs are indeed a causative factor in the escalating trend of gluten sensitivity or merely an obstacle to cure is yet to be determined.

Many clinicians already prescribe non-GMO diets for their gluten-sensitive patients. Physicians and patients have reported improvement in their symptoms after eliminating GMOs from their diets.

Internist, Emily Linder MD, says, “Based on my clinical experience, when I remove genetically modified foods as part of the treatment for gluten sensitivity, recovery is faster and more complete. I believe that GMOs in our diet contribute to the rise in gluten sensitivity in the U.S. population.”
Unfortunately, many people who discover they are gluten-sensitive actually increase their intake of

GMOs because they switch from wheat products to corn products. With 88% of the U.S. corn crop genetically engineered, avoidance of GMOs in the gluten-free community presents a unique challenge to consumers.