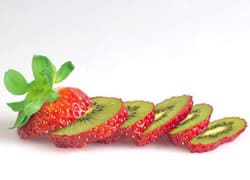 Proponents of genetically modified organisms (GMOs) often proclaim that the technology has been fully vetted in terms of human safety, and that anyone objecting to the continued unlabelled use of GMOs in the food supply is somehow dredging up unfounded conspiracy theories. But the truth of the matter is that GMOs have never been proven safe in humans, as no long-term safety studies involving humans have ever taken place.

The biotechnology industry rarely divulges this fact, instead flooding media reports with pejorative attacks on anyone who questions official GMO dogma. GMOs are completely safe, claims the industry, because our science says so. Never mind that short-term corporate studies involving only animals constitute the vast majority of what is held up as solid evidence that GMOs are safe for humans to eat — if you question GMO safety, you are anti-science, the industry purports.

Except this position is no longer generally accepted as valid, as evidenced by the many hundreds of scientists around the world who have signed a joint statement condemning current GMO policy as “irresponsible.” Registered dietitian Carole Bartolotto also agrees, discussing the problems with GMO science in a recent piece for Huffington Post.

Though animal feeding studies are often used to gain a better understanding of how certain foods or substances may impact humans, they are surely not a definitive assessment tool for declaring, without a doubt, exactly what this impact will be in every case. And yet, this is how virtually all short-term animal feeding studies involving GMOs are presented, as if they are the gospel truth when it comes to GMO safety.

“Animal studies have value in that if something demonstrates harm in animals, it will also likely cause harm in humans,” wrote Bartolotto. “Although some animal studies have found harm from a GMO diet, these hotly debated studies are not the point of this article. The point is, if an animal study does not find harm with a particular substance, it could still cause harm in humans.”

Long-term, epidemiological studies on GMOs in humans have never been conducted

This is an important distinction that is often overlooked in the GMO debate. If GMOs are really safe for humans as is commonly claimed, then why have no long-term, epidemiological studies on humans ever been conducted? And why do most of the animal feeding studies supposedly showing that GMOs are safe only cover a time period of about three months?

These are valid questions that deserve valid answers, yet asking them will most likely evoke accusations of Luddism — what, you don’t like GMOs? You must hate science! These types of baseless personal attacks are the bread and butter of the pro-GMO crowd, which hates being questioned about anything. But they very directly expose the intellectual dishonesty that is inherent within this powerful lobby.

If questioning the prevailing GMO dogma is merely an attempted subversion tactic by those who hate science, then why have nearly 300 scientists from around the world signed onto a joint statement agreeing that GMOs have never been proven safe? There is deep and growing concern within many segments of the scientific community that the wool has been pulled over our eyes, and that biotechnology is probably more dangerous than we’re all being told.

“To demonstrate the safety of GMO products, one must begin by assuming that they can be harmful, and carry out sensitive tests that are capable of detecting harm,” stated Dr. Sheldon Krimsky, a professor of urban and environmental policy and planning at Tufts University, one of the signatories of the statement. “Because rigorous safety testing has not happened with GMO crops, I remain skeptical.”