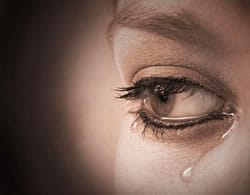 Humanity is about to receive some great lessons in human vulnerability. We are born perfectly vulnerable and when we die, dare to love, get sick, or suffer violence in its many forms, we return to the core feeling that makes us who and what we are.

Vulnerability is the capacity or susceptibility to being hurt. The word vulnerable is also synonymous with the words openness and exposure. When a person is truly vulnerable, there is an unobstructed entrance or view to the person’s heart, being and soul. In the strongest or most enlightened person, there is no protecting or concealing cover because the person needs none. Such people carry themselves in full view of others because they are not afraid of being hurt, because they are not afraid to suffer.

Feelings are just that, our spontaneous “being” responses to what is happening in our life. Emotions are sustained feelings that reflect more our reaction to our feelings and thoughts about our feelings. Openhearted people seem to suffer more simply because they are more open to feel.

How do we know when we are in touch with our vulnerability? The tears of the melting heart mark our passages in and out of our hearts. We are not talking about the tears of self-pity, but the simple welling up feeling that almost always accompanies the crossing and crisscrossing of the barriers between the heart and the head. These tears are more like a divine fluid. The tears of the heart are precious and the pure in heart always cherish the liquid river of tears.

There is a sacredness in tears. They are not the mark of weakness,
but of power. They speak more eloquently than ten thousand tongues.
They are messengers of overwhelming grief… and of unspeakable love.
Washington Irving

Over more than a decade of research, author Dr. Brené Brown has found that vulnerability is not a weakness — in fact, it can be our greatest strength. Yet instead of allowing ourselves to feel vulnerable, Brown says many people put up emotional shields to protect themselves. Vulnerability gives us access to our true strength but that does not change the paradigm most people live in, which is the great fear people have about being vulnerable. The fear of vulnerability is arguably one of the most common fears of all. Most people are afraid to be strong, afraid to be vulnerable, and governments and psychopaths love this.

Dr. Brown describes vulnerability as the core of all emotions, “To feel is to be vulnerable. So when we consider vulnerability to be a weakness, we consider feeling one’s emotions to be so, too. But being vulnerable connects us with others. It opens us up to love, joy, creativity and empathy.”

However when we face our deepest fears and vulnerabilities we become super strong and much more capable of giving and receiving love. Deep in the nuclear core of the heart is a love of life and a love of love. Some beings come here to earth with such a strong heart that no circumstance can beat it out of them. In them is a furnace of heart energy and like the sun it will not be denied though they might have to go through great struggles to release and express this energy.

One can measure the strength of one’s heart by measuring one’s capacity for empathy.

Baron-Cohen defines empathy in two parts—as the drive to identify another person’s thoughts and feelings, and the drive to respond appropriately to those thoughts and feelings. It is also, he says, one of the most valuable resources in our world—one which is currently woefully underused. “We all have degrees of empathy… but perhaps we are not using it to its full potential,” he explained in an interview with Reuters after delivering a lecture in London. He says erosion of empathy is an important global issue that affects the health of communities, be they small ones like families, or big ones like nations.

Baron-Cohen also sets out an “empathy spectrum” ranging from zero to six degrees of empathy, and an “empathy quotient” test, whose score puts people on various points along that spectrum. Drawing a classic bell curve on a graph, Baron-Cohen says that thankfully the vast majority of humans are in the middle of the bell curve spectrum, with a few particularly attuned and highly empathetic people at the top end. Psychopaths, narcissists, and people with borderline personality disorder sit at the bottom end of the scale—these people have “zero degrees of empathy.”

Dr. Clancy D. McKenzie of Capital University says, “Enhancing the love energy of the patient is an effective way to increase the healing process.” What he is saying is that patients will do better if they open up their hearts by getting in touch with their vulnerability, which is increasingly present the sicker we become. Bad news, like hearing we have cancer or that someone we are close to has just died brings us to the doorway of our vulnerability, but few people can easily walk through that door.

Most people go through life thinking that vulnerability is a weakness that should be hidden from site. Dr. Chris White writes, “One of the most powerful aspects of the attachment relationship is that parents can help their children discover the invincible vulnerability of the human heart. Too often in our culture, we are taught that vulnerability equals weakness — that we must always be strong and never give up the fight. But this flies in the face of the deepest wisdom of our collective humanity. We can’t always get what we want, nor have everything go our way.”

Janelle Manton writes, “Vulnerability is Power…. Most women when asked what being vulnerable means to them will state something along the lines of; it makes me feel weak, it’s a sign of weakness, I’m unsafe when I’m vulnerable or being vulnerable scares me… Very few women or men see the beauty that dwells deep within the state of vulnerability. Like most people, I was also bought up to think being vulnerable meant I was not strong or in some kind of danger… Until the day I discovered that vulnerability was my long lost friend and a continuous source of my innate power!”

Most of my writings about vulnerability are very intimate and personal oriented. Rape, violence and war of course make women and children especially vulnerable. I was reading these words the other day, “It’s inevitable that there will be no economic recovery, and it’s equally inevitable that the economy must crash. If you move with the herd, you will be crushed. A world of violent storms and heatwaves, of crop losses and flooded nations, a world which at the same time will have far less energy available to deal with these issues, and no money/credit to speak of to buy that energy with. That looks like a pretty accurate picture of the world that we – or is that our children? – will live in,” wrote The Automatic Earth.

A world financial collapse will make hundreds of millions if not billions much more vulnerable (lack of water and climate change will do the same as food resources dwindle). It is my experience that the world has not learned about love and vulnerability (but it is learning how criminal bankers and governments can be) so we are going to get our lessons the hard way. This is nothing new for us humans who do not want to listen to anything that might suggest we need to change.

Special Note: Dr. Brené Brown has some interesting things to say about betrayal and vulnerability.

“Before I started this research, when someone used the word “betrayal,” I thought of high drama, of cheating or mistrust. During the interviews, though, the most hurt and the deepest hurt I saw, over and over, was when people would talk about relationships— whether it was with a friend, a parent, with adult children—where people had just stopped trying. Where at some point, they threw their hands in the air and said, “It’s not supposed to be this much work or this hard.” Our capacity for wholeheartedness can never be greater than our willingness to be broken-hearted; again, it goes back to the idea that we are so afraid of feeling pain and feeling loss that we opt to live disappointed rather than to feel disappointed. We are never fully in; there is no raw engagement.”

Wholeheartedness is a big one for most people to bite down on. Heroes do their heroics from this space as do the best athletes and surgeons. Great lovers of love risk the tides of love and thus hurting of the heart but they get over it for they cannot stand the pain of their own closed heart.