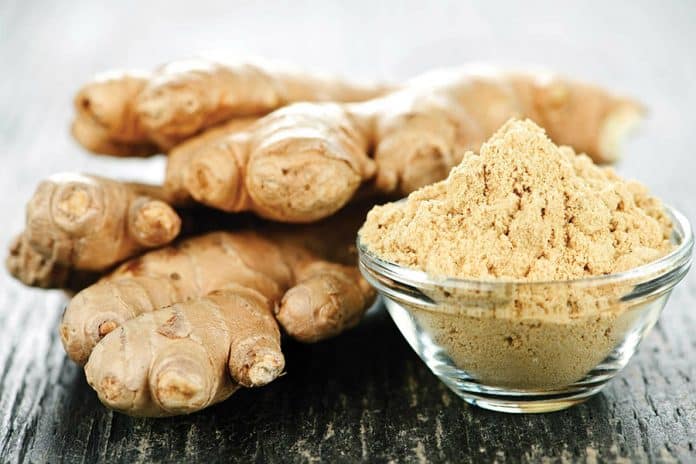 Using ginger for physical symptoms, not just for its flavour, is as old as traditional Chinese medicine, which has thousands of years of success in its wake. East Indian Ayurvedic medicine has rendered medicinal use of ginger for centuries as well.

There are many plants and plant-based foods now respected by scientists after clinical trials have showed them doing exactly what traditional healers said they would eons ago. The ways ginger, a rhizome or root, has been applied undoubtedly runs into the hundreds in terms of the many disorders and imbalances it can prevent, treat and alleviate.

One of the most dramatic uses of ginger however is for migraine headaches, which is where its effectiveness for nausea emerges. If they knew, this information would be a great relief to thousands, as studies reveal that something like 28 million people in the U.S. experience migraine headaches, which occur when an excessive dilation of blood vessels occurs in your head. It can be a head-splitting, staggering pain. According to Migraine.com:

“Some migraine studies estimate that 13 percent of adults have migraines and about 2 to 3 million suffer from chronic attacks. Also, almost 5 million people experience at least one migraine attack per month.”

It’s hard to say who first passed the traditional plant-based pain relieving idea on to the halls of science, but it may have opened the conversation when, at a loss for a more effective treatment, a doctor remembered the rumour he’d heard that ginger could help in the migraine department. According to Dr. Michael Greger:

“Since it’s just some safe common spice, (the doctor) advises one of their migraine patients to give it a try. At the first sign of a migraine coming on, the patient mixes a quarter of a teaspoon of powdered ginger in some water, drinks it down and poof, within a half-hour, the migraine goes away. And, it works every time, no side effects.”

One study shows there’s a lot more than a rumour to the power of ginger. A double-blinded randomised controlled clinical trial set ginger up against a billion-dollar pharmaceutical known as sumatriptan (brand name Imitrex), renowned as one of the world’s top-selling migraine remedies. Amazingly, researchers discovered that a quarter-teaspoon of ginger worked just as fast (in about two hours) and just as effectively.

Flummoxed, the scientists tried again, comparing half the previous amount of ginger with a hefty dose of the drug. Same results; they both worked and they both worked fast. Patients who reported having moderate or severe pain ended up with either mild pain or being pain-free.

Case reports like this one aren’t considered scientific, and are therefore discounted by the medical community in most cases. While some medical professionals discount such as few and far between, in reality, a clinical trial isn’t likely to take place unless there’s money to be made. By 2023, the migraine market is projected to reach $3.7 billion. Nutrition Facts dryly observes:

“The problem is who’s going to fund it? The market for migraine drugs is worth billions of dollars. A quarter teaspoon of powdered ginger costs about a penny. So, who’d fund a study pitting ginger versus the leading migraine drug?”

Ginger Versus Sumatriptan and Other Rx Drugs

Against all odds, ginger can be considered the winner of the contest. It’s a few billion dollars cheaper and has far fewer side effects, as sumatriptan is accompanied by a litany of side effects such as heartburn, vertigo, dizziness and sleepiness. Oh, and death. In fact, the list of side effects from taking sumatriptan or Imitrex is too long and convoluted to get into, but you can read Drug Lib’s account of the possibilities for yourself. Nutrition Facts further advises:

“An eighth of a teaspoon of ginger is not only up to 3,000 times cheaper than the drug, but you’re also less likely to end up as a case report yourself of someone who had a heart attack or died after taking the drug — tragedies that have occurred due to sumatriptan.”

Despite such risks, the Food and Drug Administration (FDA) approved sumatriptan in 2003 and has never turned back on its decision. Conversely, about 1 in 25 of the study participants who took ginger reported an upset stomach, although it was an entire tablespoon, and taken on an empty stomach, which might cause an upset stomach in nearly anyone. More reasonable and effective amounts such as a quarter teaspoon or even half that returned no side effects at all.

Unless sufferers get over-the-counter remedies (which are typically useless for severe migraines), the standard response by the majority of medical professionals is to hand patients a prescription. Typically, it will be for triptans, explained further by Dr. Michael Murray on his health website, Doctor Murray:

“These drugs work by constricting blood vessels as well as blocking pain pathways in the brain. Sumatriptan (Imitrex) is regarded as the gold standard of these drugs as it has the longest track record and is the most studied. It brings about almost immediate relief for many patients, but headache recurs in almost 40 percent of people within 24 hours after taking the drug.

Minor side effects of triptans include nausea, dizziness, drowsiness and muscle weakness. But, these medications can also cause more serious side effects such as coronary artery spasms, heart attacks, stroke, abnormal heart beats and seizures.”

Drugs.com makes it clear that sumatriptan won’t prevent headaches, should only be used if it’s actual migraines you’re experiencing, and its effectiveness, as well as its safety, have not been established for cluster headaches. Dosages vary from 50 to 100 milligrams (mg), but higher doses carry “greater risk of adverse reactions.”

Contraindications include “mild to moderate hepatic impairment,” aka liver failure, people who smoke, menopausal women, males over 40, as well as people with the following disorders or health complications:

The last precaution is interesting as only previous use would alert you to a hypersensitivity. There’s also mention of arrhythmias or “life-threatening disturbances of cardiac rhythm, including ventricular tachycardia and ventricular fibrillation leading to death;” cerebral haemorrhage; seizures; and tightness, pain, pressure and heaviness in the precordium (thorax region near the heart), throat, neck and jaw.

Then there’s serotonin syndrome, evidenced by mental status changes, agitation, hallucinations, coma, autonomic instability (such as unconsciousness and hyperthermia), neuromuscular aberrations (such as incoordination) and/or gastrointestinal symptoms, including nausea and other life-threatening reactions. Users are directed to discontinue use if these or other symptoms arise.

Ginger has a dramatic effect on migraines, but it doesn’t stop there. It’s been used to treat (and better yet, prevent) nausea and vomiting for centuries, whether from pregnancy, chemotherapy, motion sickness or eating something disagreeable, as it stimulates the flow of saliva. It’s been identified as a carminative, helping to promote the elimination of intestinal gas, and as a spasmolytic to relax and soothe your intestinal tract.

From the same group of plants as turmeric and cardamom, ginger emits a spicy fragrance that denotes ketones, most significant being a number of gingerols, the most active ingredient. Ancient narrative, retold in an exhaustive scientific treatise called “Herbal Medicine: Biomolecular and Clinical Aspects” (Second edition) has a much-referenced chapter called “The Amazing and Mighty Ginger,” on the topic and history of Zingiber officinale:

“Ginger was used as a flavouring agent long before history was formally recorded. It was an exceedingly important article of trade and was exported from India to the Roman Empire over 2000 years ago, where it was especially valued for its medicinal properties.

Arab merchants controlling the trade in ginger and other spices for centuries.

In the [13th] and [14th] centuries, the value of a pound of ginger was equivalent to the cost of a sheep. By medieval times, it was being imported in preserved form to be used in sweets.”

Ginger, the account continues, has an incredible number of uses, including fresh, dried, crystallized, candied, pickled, preserved, powdered and ground. It’s an interesting flavour, as while it can be called sweet, it has a curious and pleasing spiciness that lends itself well to any number of baked goods and even stir-fries and, of course, tea.

As an anti-inflammatory and natural immune system booster, ginger covers a myriad of health benefits. Because it reduces systematic inflammation, it positively influences body weight and blood sugar, helping to protect against another serious “umbrella” illness called nonalcoholic fatty liver disease (NAFLD), suffered by up to 40 percent of adults in the U.S.

Obesity is another problem ginger tackles, as the gingerol content in ginger has been found to burn body fat, which is one reason the benefits are linked to metabolic syndrome. Lesser phytonutrients such as shogaol and paradols, working in tandem with gingerol, have also been cited for their power to combat colorectal, gastric, ovarian, liver, skin, breast and prostate cancers, due to the presence of glutathione peroxidase, glutathione-S-transferase and glutathione reductase, one study notes.

Pregnant women are advised by Migraine.com not to use much ginger or for very long, nor should people with gallstones, inflammatory bowel disease or ulcers, or those taking blood thinners or other medications. As far as dosages go, The Raw Food World suggests:

“There are still conflicting opinions on what are the best sources and the exact dosage. Some have suggested [that] one-third [teaspoon] of powdered ginger can meet the requirement. Others have suggested that fresh ginger is preferable to powder and by putting it through a garlic press will preserve its potent natural juices.”