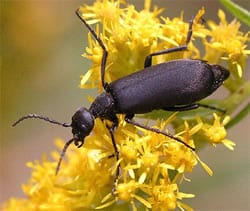 A pair of studies recently published in the journal Science raises fresh and dire warnings about the continued decline of crop-pollinating insects all over the world, and what this means for the future of the world’s food supply. Both studies highlight the fact that wild pollinators like bumblebees, butterflies, and beetles are basically disappearing, and that industrial agriculture, which includes genetically-modified organisms (GMOs), are a major factor causing this insect genocide.

The two studies are hardly groundbreaking, as at least half a dozen other studies published just in the last couple of years have arrived at similarly disturbing findings. They do, however, shed further light on how the situation has progressed throughout the decades, pointing to corporate monoculture practices, shrinking forests and wild lands, and general changes in physical landscapes as some of the primary culprits in promoting this ruinous trend.

In one of the studies, researchers from Montana State University (MSU) compared insect data collected in the late 1800s to similar data collected in the same test location in the 1970s. They then compiled current data from the same area to compare to both of these other two data sets, upon which they discovered that the number of unique wild bee species had dropped by nearly half.

What is perhaps more disturbing, however, is the fact that researchers observed modern bees to be generally interacting less with plants than they used to in previous generations. According to the data, the overall number of interactions between bees and plants has also dropped by roughly half, indicating a serious problem as far as the general food supply is concerned, as about 75 percent of global food crops rely on pollination by animals.

Managed honeybees do not pollinate crops as well as wild honeybees

The second study is equally troubling, having found that pollinating insects in general, which include a wide range of insects and other animals, are simply vanishing from their normal habitats and foraging areas. Based on field trials conducted in 20 different countries, wild insects are clearly on the decline everywhere, and managed honeybee colonies established to replace them in many areas are failing to pick up where the wild honeybees left off.

“In landscapes with lower diversity and lower abundance of wild insects, the crops had less fruits,” explains Lucas Garibaldi, author of the second study. “Wild insects pollinated way more efficiently: Flowers produced twice as many fruits after being visited by wild insects and were more consistent in their production than when visited by honeybees.”

Some are blaming “global warming” and other outside factors for this mysterious decline in crop pollinators. But the major elephant in the room, and the one that the mainstream media is desperately trying to avoid, is GMOs and the chemical-based technologies used to grow them. As we have covered time and time again, neonicotinoids and other pesticide and herbicide products are directly responsible for weakening and killing off bees and other crop pollinators, particularly in North America where GMOs are most widely cultivated.

“The proof is obvious that one of the major reasons of the bees’ decline is by the ingestion of GMO proteins,” explains a report by Brit Amos from Global Research about the decline of bee colonies. “The truth is that organic farming is relatively untouched as the bee crisis is concerned. Organic farming maintains the diversity of the eco-system and preserves the quality of the foods produced.”