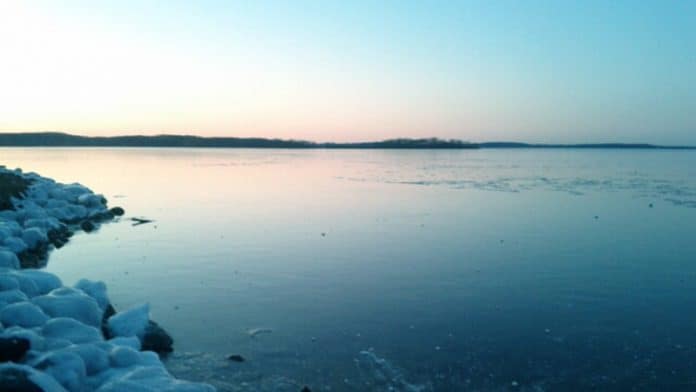 Warmer winters due to climate change are causing lakes in the Northern Hemisphere to experience more ice-free years, according to a new study.

Researchers recently analysed nearly 80 years of lake ice data, stretching from 1939 to 2016, for 122 lakes that typically freeze every winter.

They found ice-free years have become more than three times more frequent since 1978 and 11% of lakes studied experienced at least one completely ice-free year since 1939.

This trend is linked to abnormally warm winter temperatures, and the study authors project this will continue with increasing frequency due to climate change.

Such ice-free years could have significant ecological, cultural and economic impacts.

“Lake ice is becoming increasingly absent,” said Alessandro Filazzola, a community ecologist at York University and the University of Alberta in Canada and lead author of the new study in AGU’s journal Geophysical Research Letters. “Even under low carbon emissions scenarios, we’re going to have continued ice-free events.”

Communities around lakes often depend on freezing events for winter recreation activities like ice fishing and ice festivals, which can bring in hundreds of thousands of dollars in a single weekend.

Lake ice also serves as an ecological “reset,” said Sapna Sharma, an aquatic ecologist at Canada’s York University and co-author of the new study. Lakes are warmer in years without ice cover, and they stratify earlier, which could make them more prone to toxic algal blooms. This, in turn, can harm fish or make lakes dangerous for swimming. “The consequences are more widespread than simply one individual unable to go ice fishing,” Sharma said.

Interestingly, the authors saw the same warming trend regardless of location, suggesting global climate change is already having an impact on Earth’s lakes. “This isn’t just happening in one lake in the northern United States,” Filazzola said. “It’s happening in thousands of lakes around the world.”

In the new study, Filazzola and his colleagues wanted to understand how the frequency of lakes’ ice-free years has changed over time. They selected 122 lakes in North America, Europe and Asia with a long, consistent record of data from the National Snow and Ice Data Center. The NSIDC lake ice database contains historically available data from harbours, newspapers and other written records and modern data sourced from people who live near the lakes.

Lake Suwa in Japan boasts one of the oldest lake ice records in the database, stretching back to 1443. The record has been maintained by 15 generations of Shinto priests that have celebrated the appearance of lake ice each winter. Other culturally important lakes in the dataset include Lakes Baikal, Geneva, Balaton, Champlain and Michigan.

Filazzola, Sharma and their colleagues analysed ice-free years in their chosen lakes, comparing how often this extreme event occurred in the first 40 versus the last 40 years of the study period.

If a lake did not have 100% ice cover for at least one day, it was considered an ice-free year.

They then compared the lake ice data with local air temperatures and climate cycles like El Niño and the North Atlantic Decadal Oscillation to better understand the drivers behind lake ice changes.

Since 1990, Lake Champlain and Grand Traverse Bay in Lake Michigan have both experienced three consecutive years without freezing. Lake Suwa, which once froze regularly, now freezes an average of two years every decade, according to the study.

“Even in the last 40 years versus the last 80 years, there’s already an obvious pattern that’s occurring and it’s showing that we’re already experiencing a response from warming, which will likely get worse,” Filazzola said.

The results showed local winter air temperatures were the best predictor of ice-free years, which became significantly more likely once average winter temperatures rose to 4 degrees Celsius (25 degrees Fahrenheit). The researchers found lakes in more southern and coastal regions were most vulnerable to experiencing ice-free years since they have high rates of warming.

“I think it is intuitive,” Sharma said of their results. “But it also gives us a historical snapshot to understand that the climate is changing. It’s not normal that these lakes are not freezing.”

“I am delighted by this paper,” said John Magnuson, a limnologist at the University of Wisconsin Madison who has worked on past lake ice studies but was not involved in this research, calling it “a significant paper that provides new information and insights about a climate-sensitive component of lake ecosystems to climate change.”