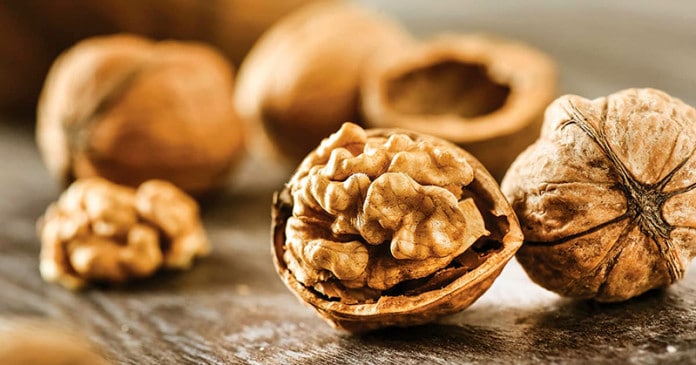 When you think of a superfood, your mind likely jumps to goji berries or chia seeds—probably not to the humble walnut. But as research continues to show, these oddly shaped tree nuts are serious powerhouses for our health.

Previous studies have linked walnuts to improved gut and heart health, supporting healthy ageing, there is even some potential for helping prevent breast cancer. Now, a new report has taken a broader view: considering the impact that regular walnut consumption can have on inflammation, a root cause of many different conditions.

The Impact Of A Walnut-Enriched Diet On Inflammation

In a report published last week in the Journal of the American College of Cardiology, researchers returned to data from a previous study to see if inflammatory biomarkers were affected by a walnut-enriched diet. The original study, entitled Walnuts and Healthy Aging (WAHA), was first published eight years ago.

The new assessment found that incorporating walnuts into meals on a daily basis was linked to a reduction in the concentration of inflammatory biomarkers, which had been considered a “secondary outcome” in the original data.

Over the course of a two-year period, the study followed up with a sample group of around 700 people aged between 63 and 79 years regarding cognitive health among other markers of ageing.

Across analysis of 10 different biomarkers, this meta-analysis saw that those who engaged in the walnut diet saw a significant decrease in six of the biomarkers compared to the control group.

The Wonder Of The Walnut and How To Use It

Though they’re not necessarily considered as snackable as almonds or cashews, we’ve always loved walnuts for their dense nutrients. In fact, when we asked dietitians, walnuts were ranked as one of the healthiest nuts.

“They contain essential omega-3 fatty acids in the form of alpha-linolenic acid (ALA), which plays a role in brain function, has shown to help protect against heart disease and lower inflammation in the body,” says Alanna Waldron, R.D. in line with what this recent report found.