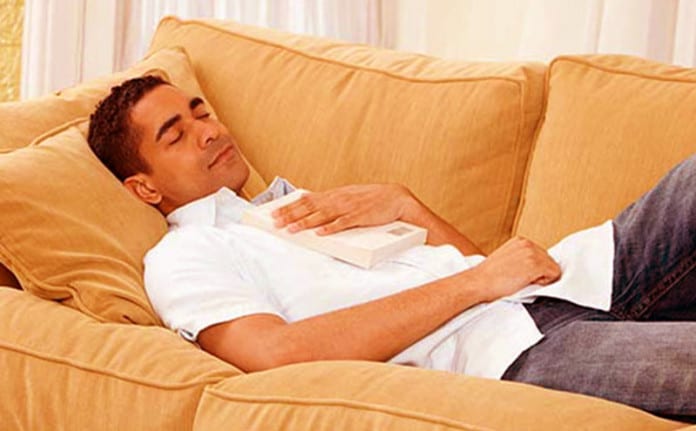 While inflammation isn’t inherently bad – in fact, it’s an important process that helps us fight off viruses and other bacteria – it becomes a problem when it doesn’t subside once the threat is gone.

When inflammation is out of control, it creates a cascade of pro-inflammatory cytokines and molecules, including tumour necrosis factor (TNF-a), Interleukin-1beta (IL-1b), Interleukin-6 (IL-6), and nuclear factor kappa B (NF-kB) that continue to build up and linger in our body.

Unfortunately, inflammatory triggers are abundant in our society (think: the foods we eat, the toxins in our air, and even the stress we feel), so it’s important to build some inflammation-fighting activities into your daily life. Here are my favourite small, simple ways to start tackling inflammation right now:

The vagus nerve is a cranial nerve that plays a major role in communicating with and modulating function of the gut, brain, liver, heart, and lungs. Stimulating this nerve has been shown to lower TNF (a pro-inflammatory cytokine) in those with rheumatoid arthritis, as well as alleviate inflammation-related health issues like depression and inflammatory bowel disease.

You can stimulate the vagus nerve through techniques like slow breathing, singing, or deep humming.

CBD oil can be taken orally as a sublingual oil or as a supplement in capsule form, so it can easily be added to your anti-inflammatory daily routine.

Meditation is known for its calming effect, so it’s no surprise that it has some inflammation-calming effects as well. Practising meditation can lower the pro-inflammatory cytokines TNF-a and IL-6. Since meditation also involves slow breathing, it would be logical to conclude that its inflammation-lowering abilities could be due to stimulation of the vagus nerve.

4. Enjoy a Glass of Red Wine

Yes, you read that right. Organic red wine is rich in polyphenols like resveratrol, which has been shown to lower TNF-a and, in turn, CRP. Obviously some people, like those with alcohol addiction problems or those with histamine intolerance, should avoid alcohol. I rarely drink and prefer to take my resveratrol in supplement form.

It’s no secret that yoga has a long list of benefits, including improved flexibility and reduced chronic pain, but you can add one more to the list: anti-inflammatory. One study showed a significant decrease in both TNF-a and IL-6 levels in both men and women who regularly practised yoga for an hour a day.

By now, you probably know that poor sleep is bad for your health. It doesn’t just make you tired; it can cause brain fog, weight gain, and you guessed it, inflammation.

While getting enough sleep every single night is the goal, you can mitigate the damage of that one night of poor sleep by having a nap. A two-hour nap has been shown to significantly reduce IL-6 levels that were elevated from the previous night’s lack of sleep.

Any sort of loving physical touch like hugging, cuddling, and sex releases the powerful hormone oxytocin from your brain’s pituitary gland. Also referred to as the “love” hormone, oxytocin drives down IL-6 and boosts inflammation-fighting T-reg cells. So you can, literally, kiss some of your inflammation goodbye.

Limiting your food intake for extended periods of time does wonders for lowering inflammation, by reducing pro-inflammatory cytokines. In fact, fasting has been linked to a decrease in inflammatory conditions such as asthma, autoimmune conditions like lupus, and gut disorders like ulcerative colitis and IBS.

This one might seem counterintuitive. While exercise can cause short-term inflammation as the body recovers, it actually decreases inflammation in the long term. In fact, just 20 minutes of exercise has been shown to suppress inflammatory markers. Cardio, like HIIT training, can greatly lower CRP.

If you are concerned about inflammation at the end of the day, you also might want to talk to your doctor about running some labs. Looking at your CRP levels is the most common way to determine your overall inflammation levels. This is because, TNF-a, increases C-reactive protein (CRP) in your blood. The functional range for this is less than 1mg/L.