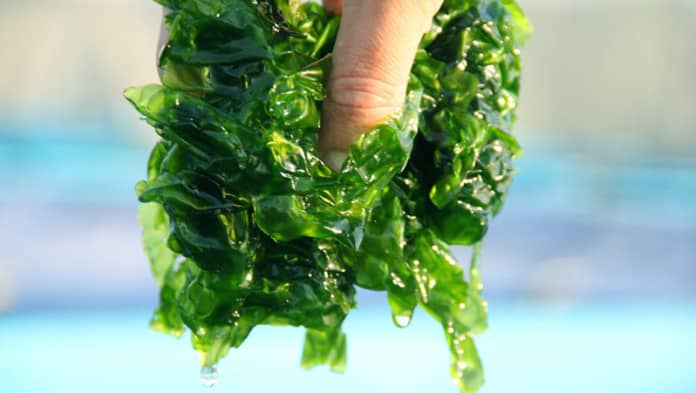 A team of researchers from UC Santa Barbara has proposed a novel strategy for reducing large amounts of nutrients – specifically nitrogen and phosphorus – after they have already been released into the environment. In a study appearing in the journal Marine Policy, the authors contend that seaweed’s incredible ability to draw nutrients from the water could provide an efficient and cost-effective solution. Looking at the U.S. Gulf of Mexico, the team identified over 63,000 square kilometres suitable for seaweed aquaculture.

“A key goal of conservation ecology is to understand and maintain the natural balance of ecosystems, because human activity tends to tip things out of balance,” said co-author Darcy Bradley, co-director of the Ocean and Fisheries Program at the university’s Environmental Markets Lab. Activities on land, like industrial-scale farming, send lots of nutrients into waterways where they accumulate and flow into the ocean in greater quantities than they naturally would.

Opportunistic algae and microbes take advantage of the glut of nutrients, which fuel massive blooms. This growth can have all kinds of consequences, from producing biotoxins to smothering habitats in virtual monocultures. And while these algae produce oxygen when they’re alive, they die so suddenly and in such volume that their rapid decomposition consumes all the available oxygen in the water, transforming huge swaths of the ocean into so-called “dead zones.”

Cultivated seaweed could draw down available nutrients, the authors claim, limiting the resources for unchecked growth of nuisance algae and microbes. Seaweeds also produce oxygen, which could alleviate the development of hypoxic dead zones.

The authors analysed data from the U.S. Gulf of Mexico, which they say exemplifies the challenges associated with nutrient pollution. More than 800 watersheds across 32 states deliver nutrients to the Gulf, which has led to a growing low-oxygen dead zone. In 2019, this dead zone stretched just over 18,000 square kilometres. Using open-source oceanographic and human-use data, the team identified areas of the gulf suitable for seaweed cultivation.

“Cultivating seaweed in less than 1% of the U.S. Gulf of Mexico could potentially reach the country’s pollution reduction goals that, for decades, have been difficult to achieve,” said lead author Phoebe Racine, a Ph.D. candidate at UCSB’s Bren School of Environmental Science & Management.

“Dealing with nutrient pollution is difficult and expensive,” Bradley added. The U.S. alone spends more than $27 billion every year on wastewater treatment.

Further, the researchers note that demand is rising for seaweed in food and industry sectors. Potential products include biofuel, fertiliser and food, depending on the water quality, Racine said. This means that, unlike many remediation strategies, seaweed aquaculture could pay for itself or even generate revenue.

This study is the first of several to come out of the Seaweed Working Group, an interdisciplinary group of researchers looking to understand and chart the potential of seaweed aquaculture’s benefits to society. They are currently investigating a range of other ecosystem services that seaweed cultivation could provide, such as benefits to surrounding fisheries and carbon capture. The researchers are also working on a paper that explores nitrogen and phosphorous removal at the national level with fine-scale scale analysis modelling nutrient removal from native seaweeds off the coast of Florida.

As long as humans continue adding nutrients to the environment, nature will find ways to use them. By deliberately cultivating seaweeds, we can grow algae that we know are benign, helpful, or even potentially useful, rather than the opportunistic algae that currently draw upon these excess nutrients.